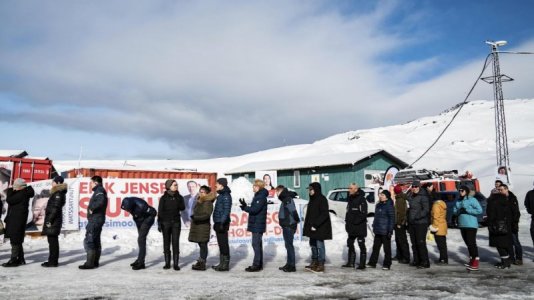 A large Chinese-backed strategic mining complex in Greenland is facing cancellation after a party opposed to the project won the territory’s parliamentary election.

Greenland has become a geopolitical football caught between Washington and Beijing because of its substantial deposits of uranium and rare earth elements, which are an indispensable component in modern electronics. The Kvanefjeld region, on a southwestern peninsula of the island just below the Arctic circle, is thought to hold some of the largest known reserves of these minerals outside China.

Two years ago, Donald Trump wanted to buy Greenland but the government of the semi-autonomous Danish territory insisted it was not for sale. The Danish prime minister called any discussion of a sale “absurd”.