My trip to the Miniature Model Village & Railway

Yesterday I visited Bekinscot Miniature Model village and railway. Unfortunately even after weeks of sun, it chose yesterday to rain very hard.. and so altho' it had stopped for the duration I was there, everything was wet.. and the skies were grey ready for the torrential rain that stared 10 minutes after I left. So.. I was lucky to get it dry while I was there, but I did go around very fast because of the threat of the rain... . I would have chosen another day.. but it's one of the few attractions where I had to book a time slot and pay in advance.

.. I took loads of photos.. and there was lots of people there, and where possible I tried not to get people into my pictures.. but I took a few on purpose so you can see the scale.. Incidentally the Scale is 1.12 for the buildings, and 1.32 for the railways

I'll just post a few here.. for those who are interested... I hope you enjoy, it would have been so much nicer if it had been today when the sun is shining.. 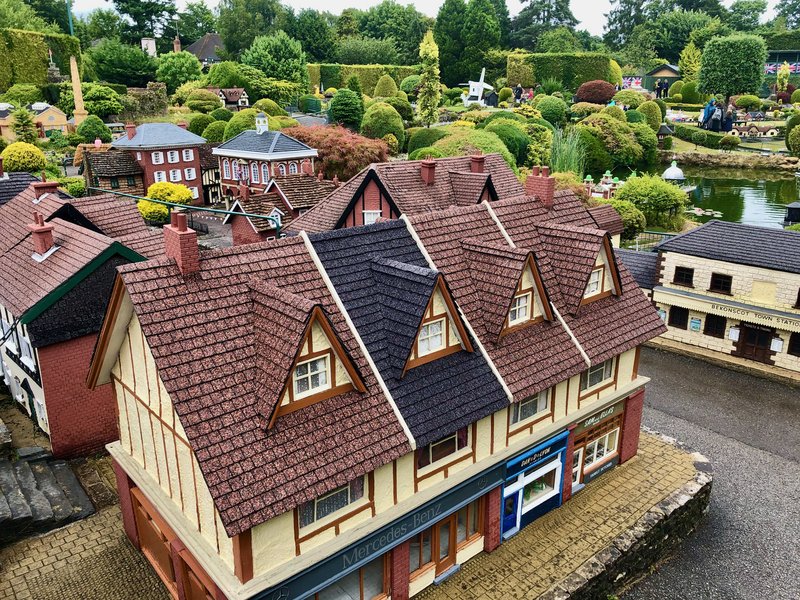 The idea of the Village is an impression of how a Traditional English village would have been decades ago , and still is in some places...

So you will find, schools, churches, high street stores/shops.. Pubs and pub gardens , hotels, cement works.. railways and stations, cricket and football grounds, a fairground, with a zoo.. petrol garage, businesses and many houses... the churches and schools represent the exact ones which are in the town where the Museum is situated 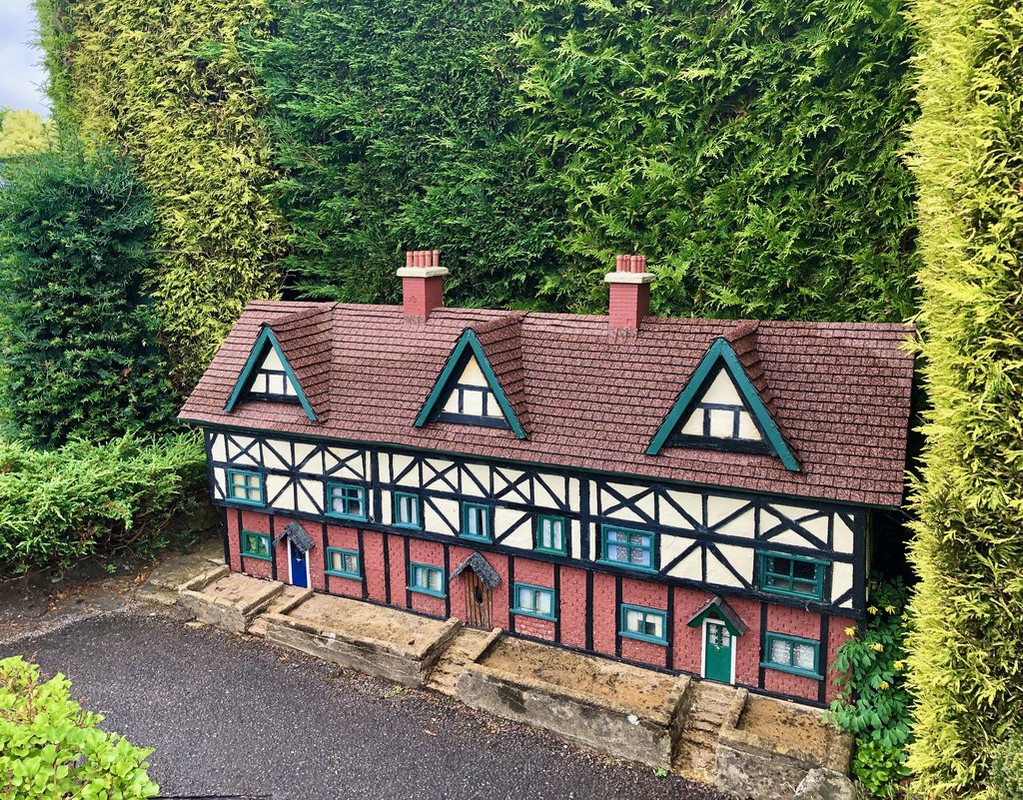 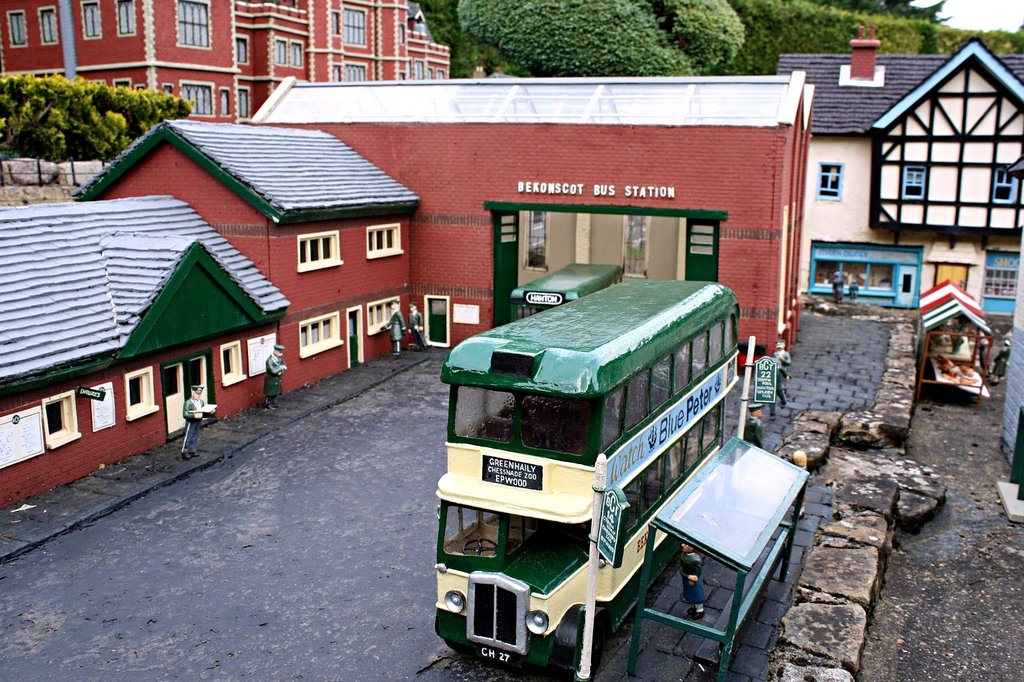 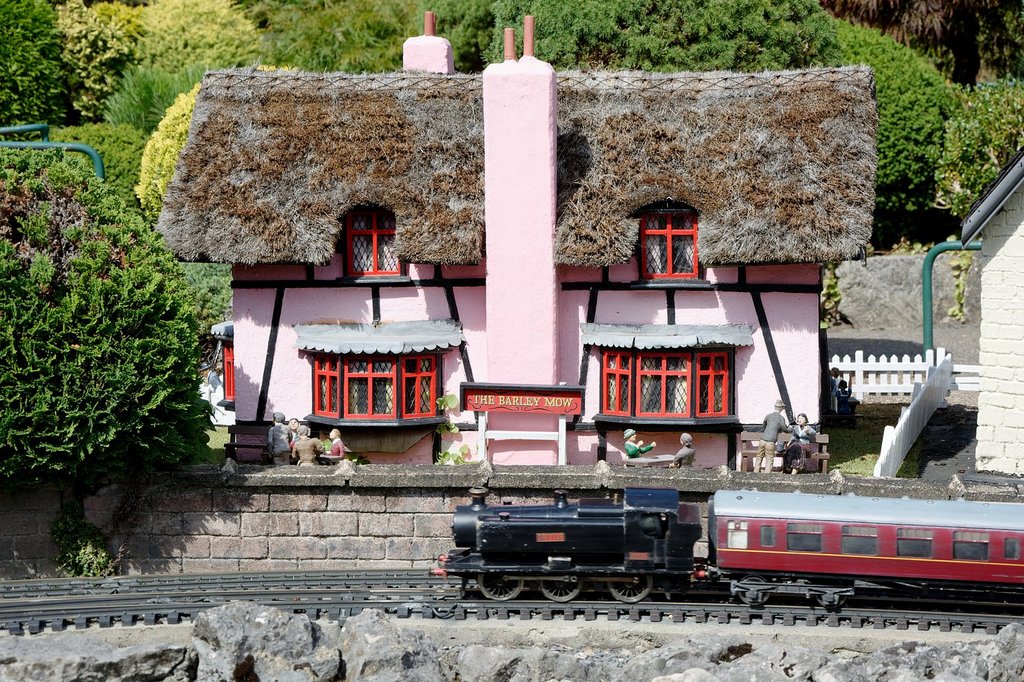 Pub with the railway running past... and typical old 1950's train carriages

An overview of one corner of the site... 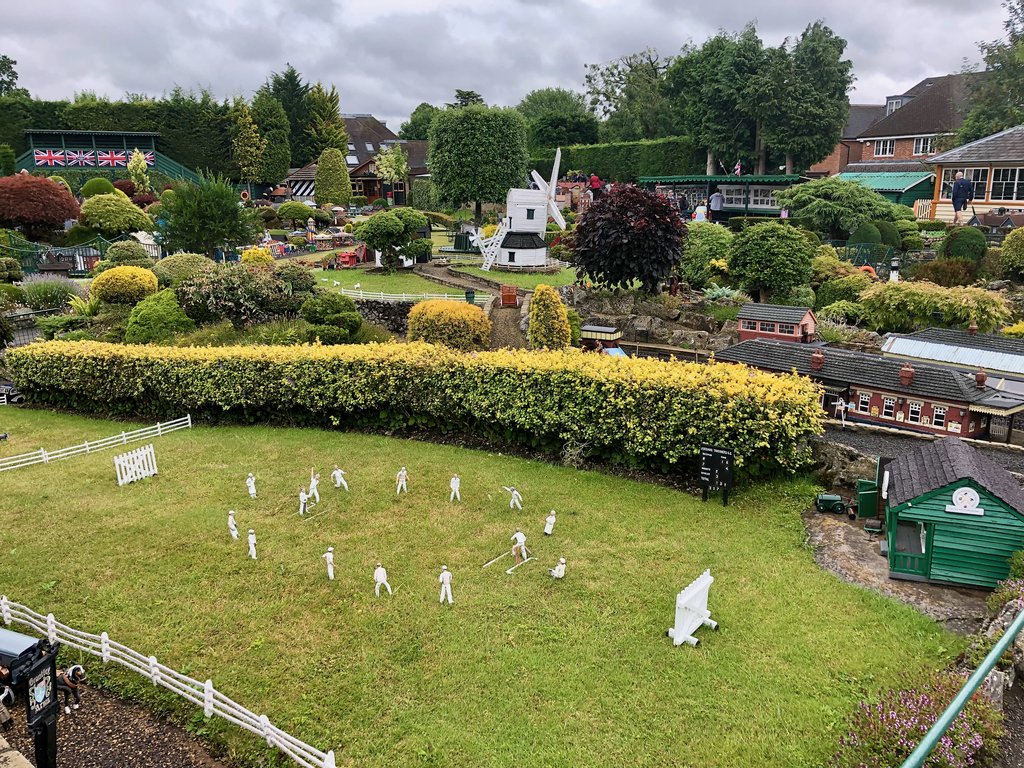 The Brush factory with the women going into work... 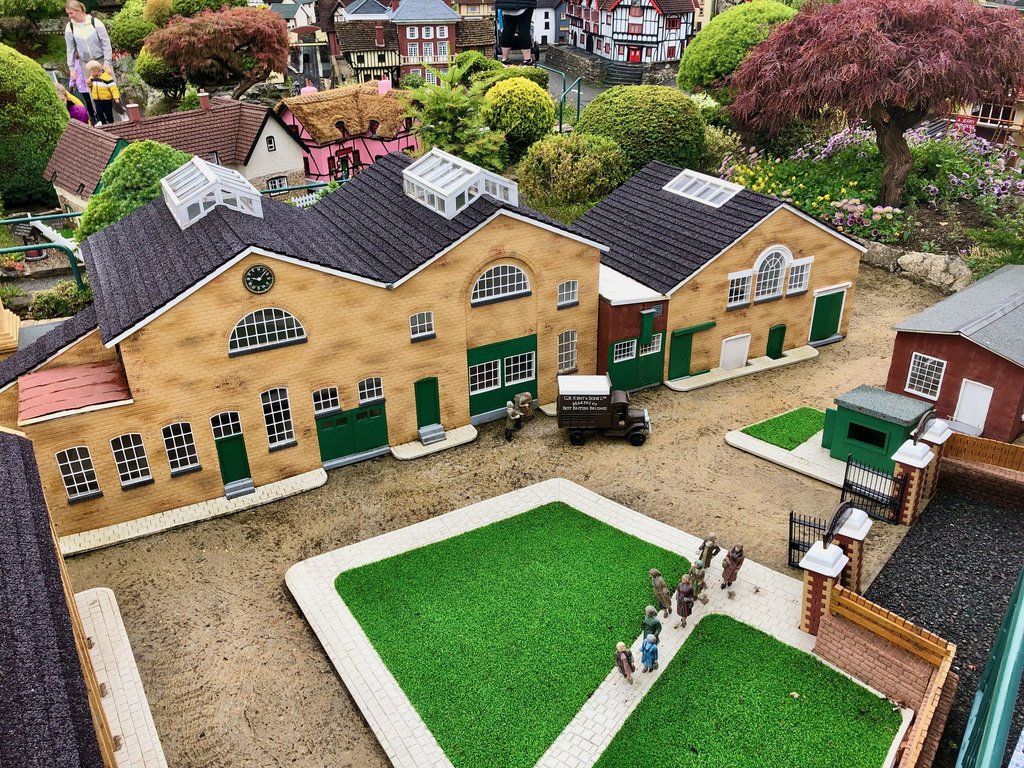 Many of the stores have amusing names... 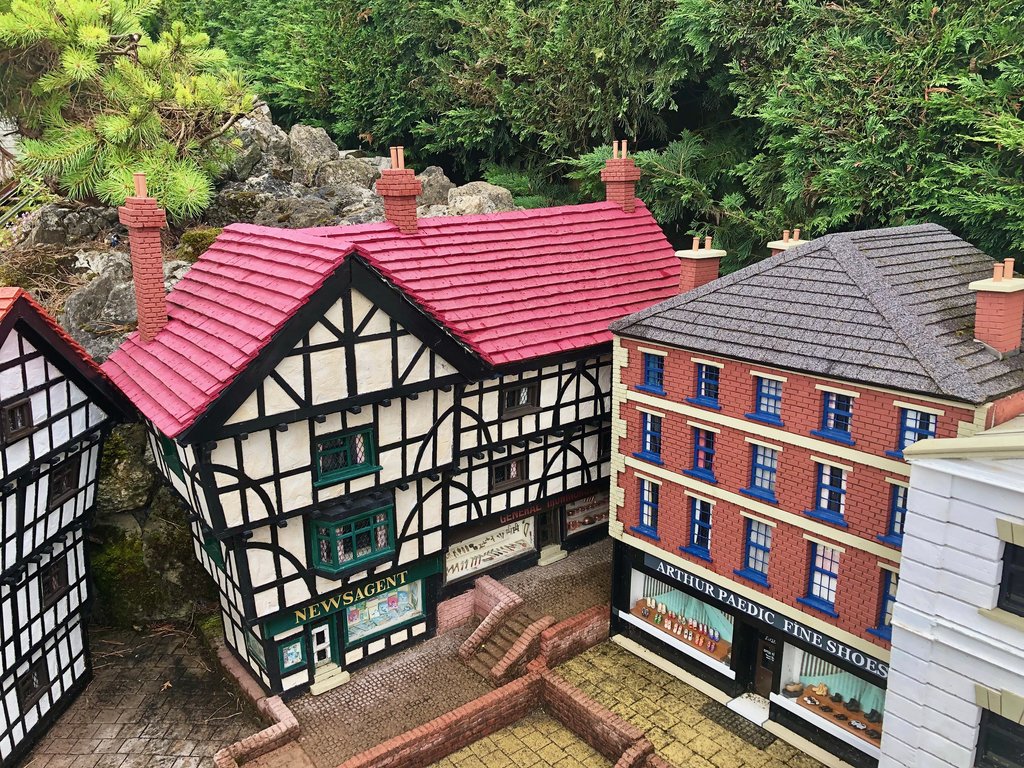 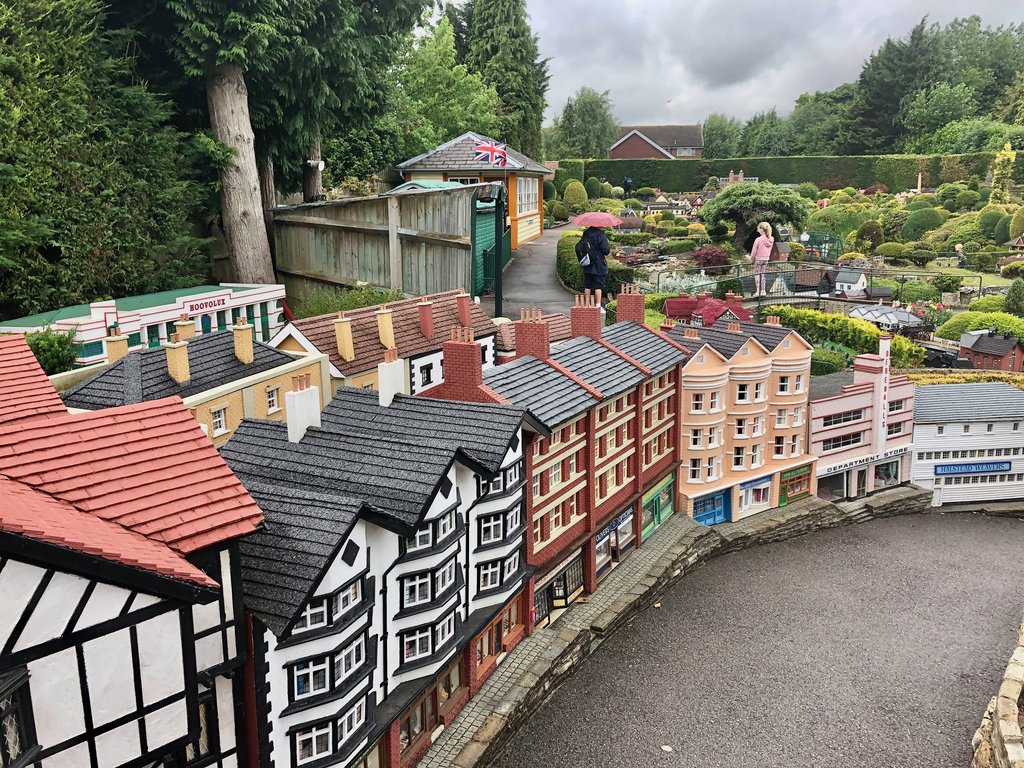 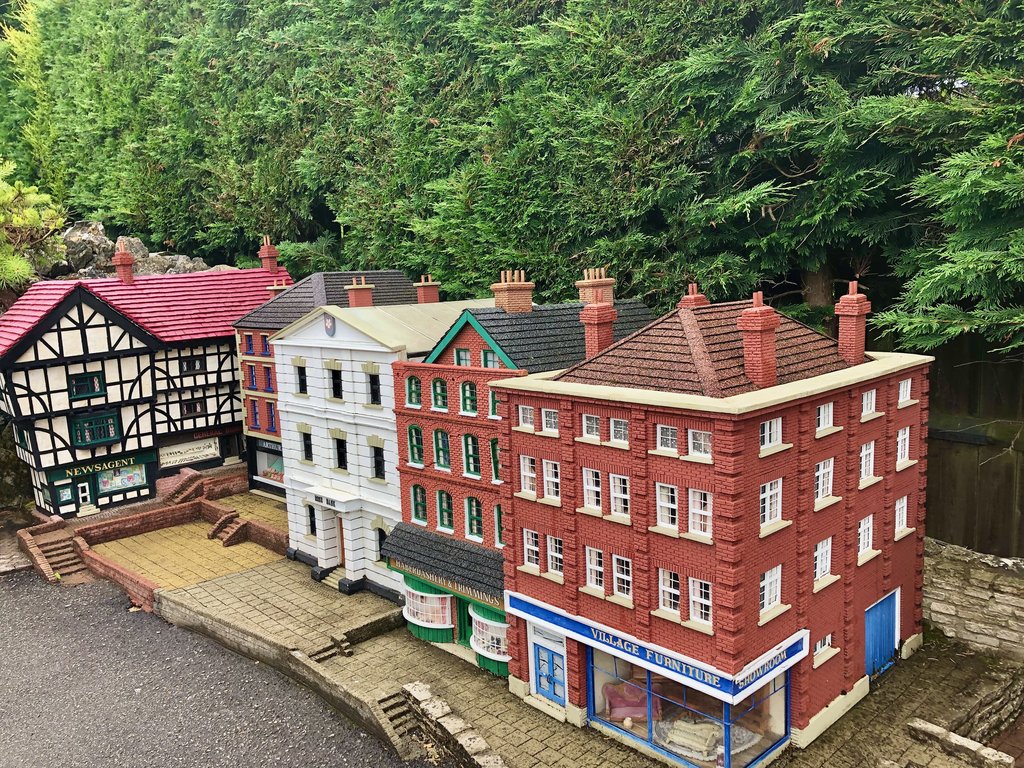 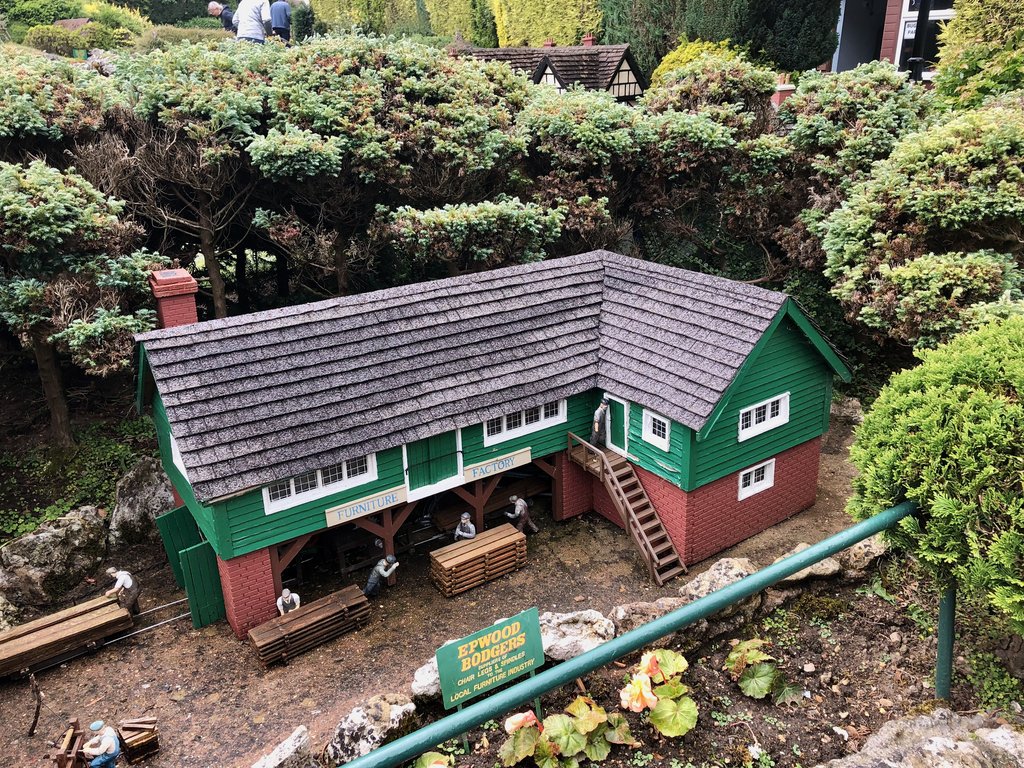 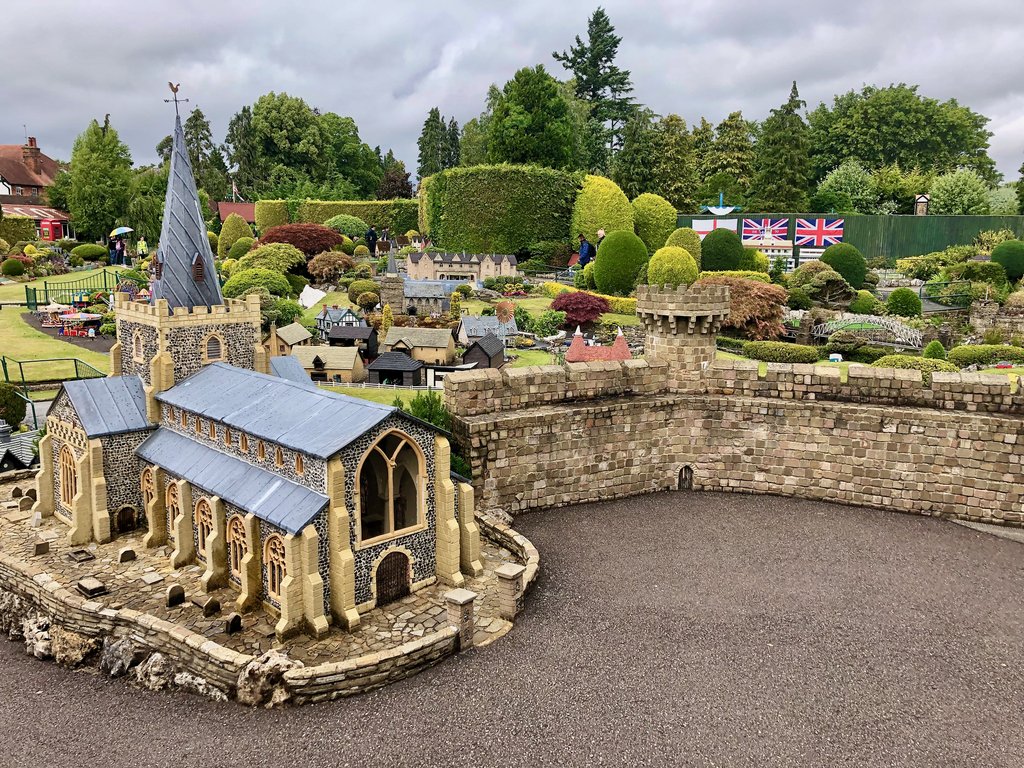 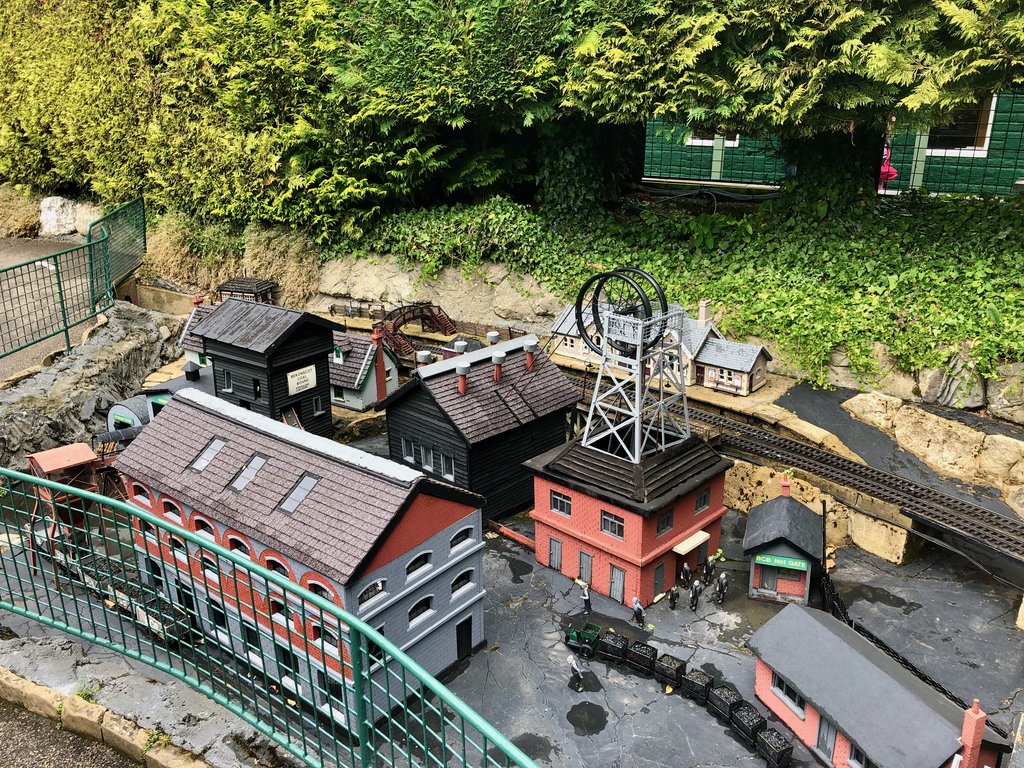 Coal mining.. this model has sounds that you would expect from a coal mine and the belt where the coal gets moved from one building to the other to be sorted actually moves

The traditional Gypsy camp on the farmers' field , who would be employed by the visiting fairground on the right of the picture ... with the train which runs all around the site continuously, runs in the background 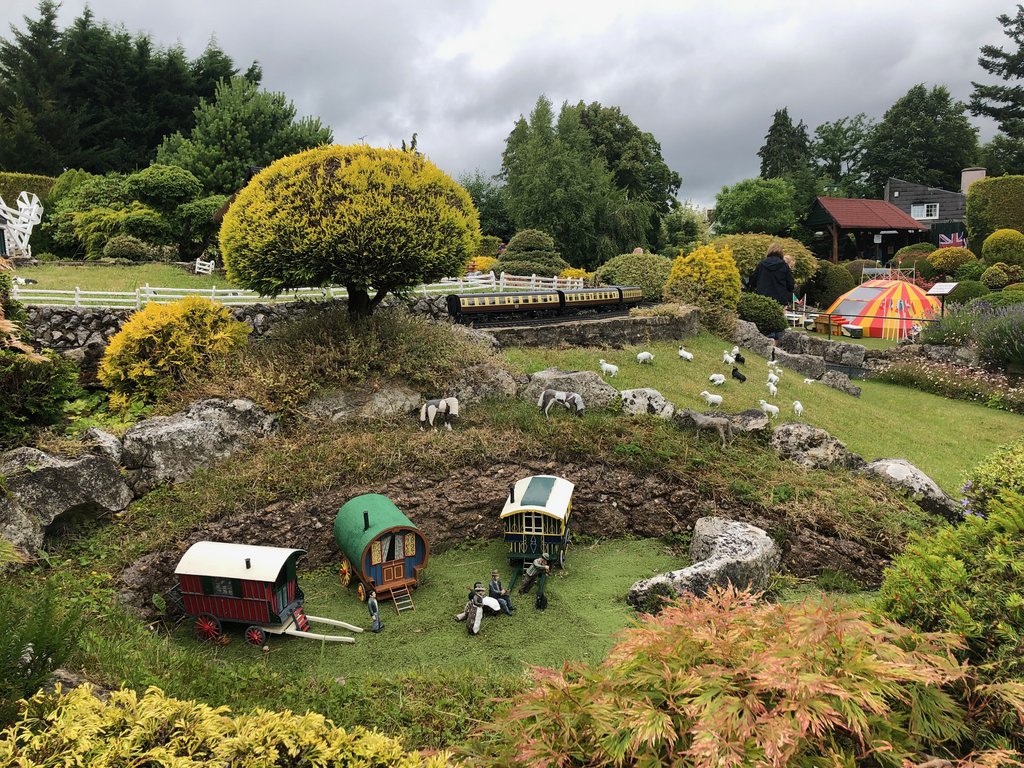 Definitely a lot of time, effort, energy and money in these projects. I appreciate people’s talents that can create these scaled models. 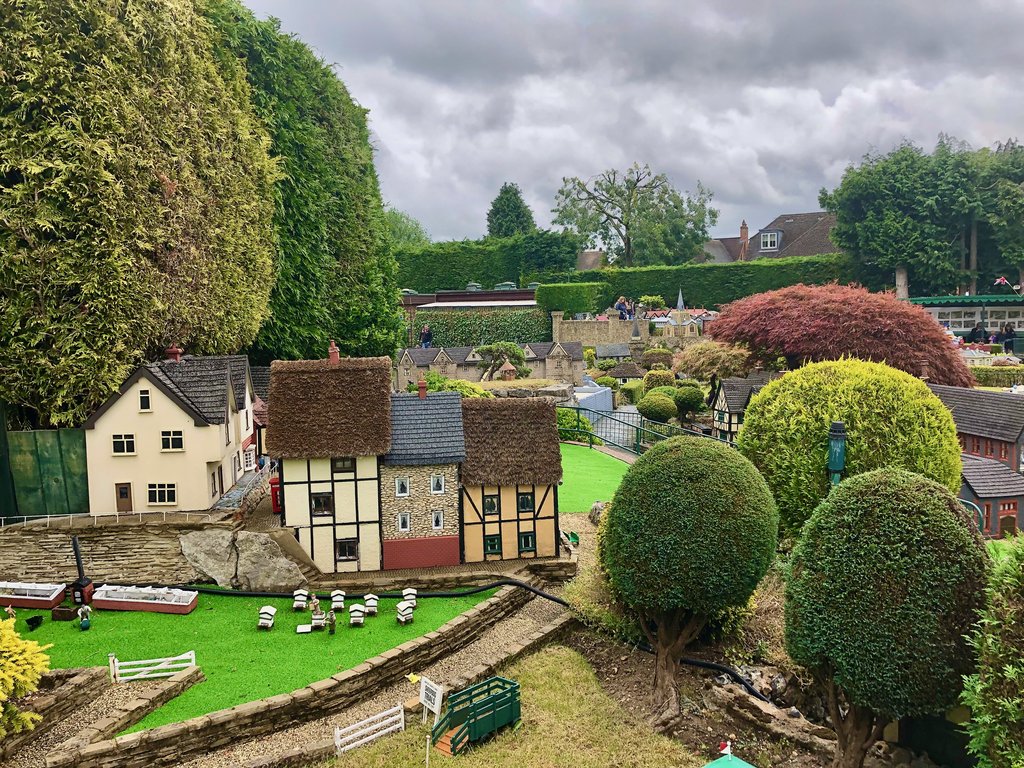 In the foreground, a Bee-keeper and his Hives . No detail has been left out, you can see the red telephone box in the village high street 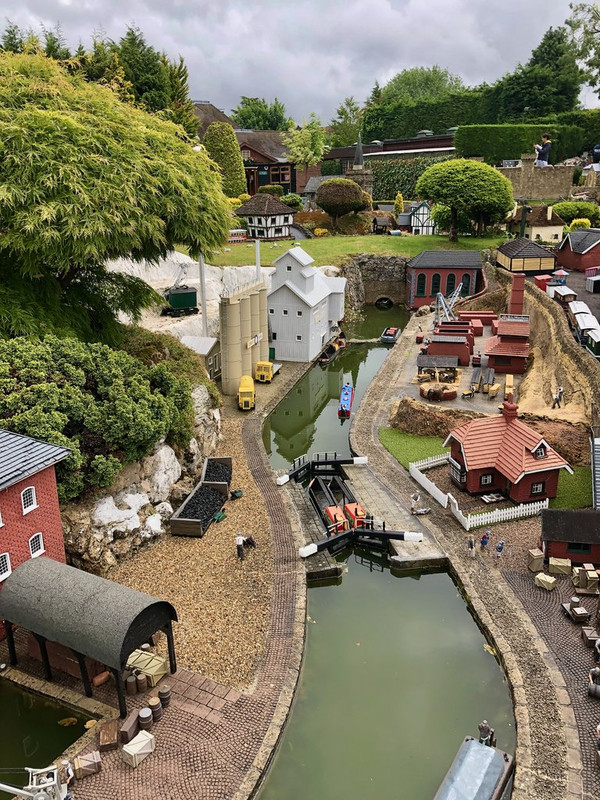 The cement and coal works.. complete with canl and canal lock. In the old days, Coal was shifted throughout the Uk by Canal boat.. 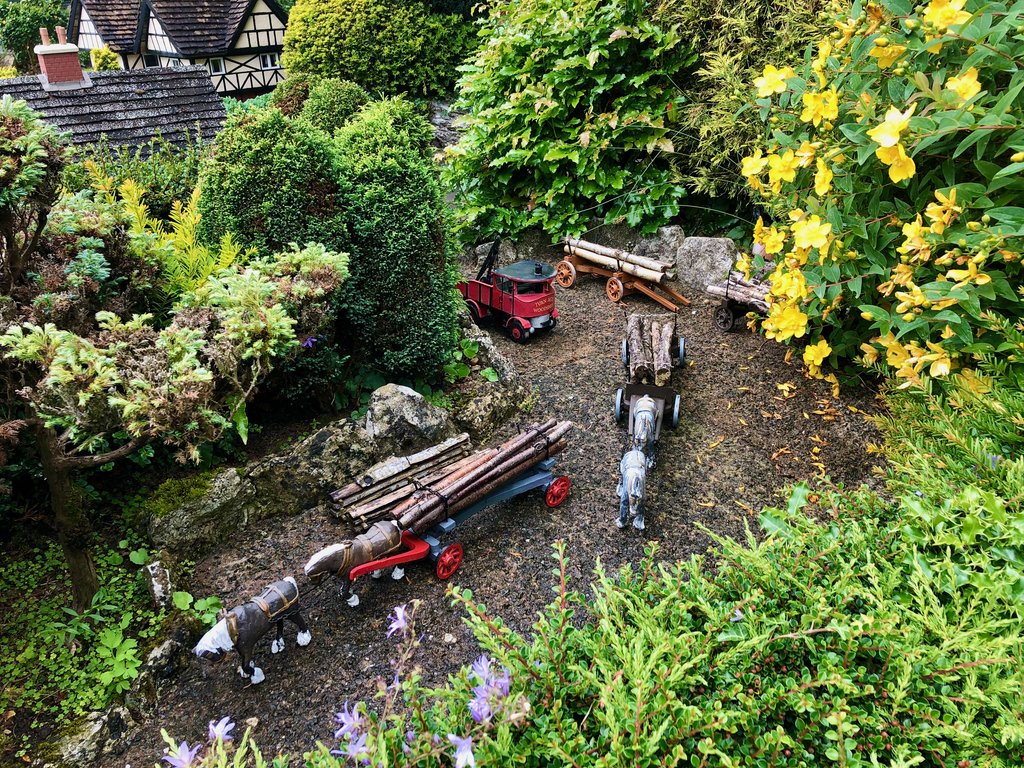 The fair and Circus comes to town... 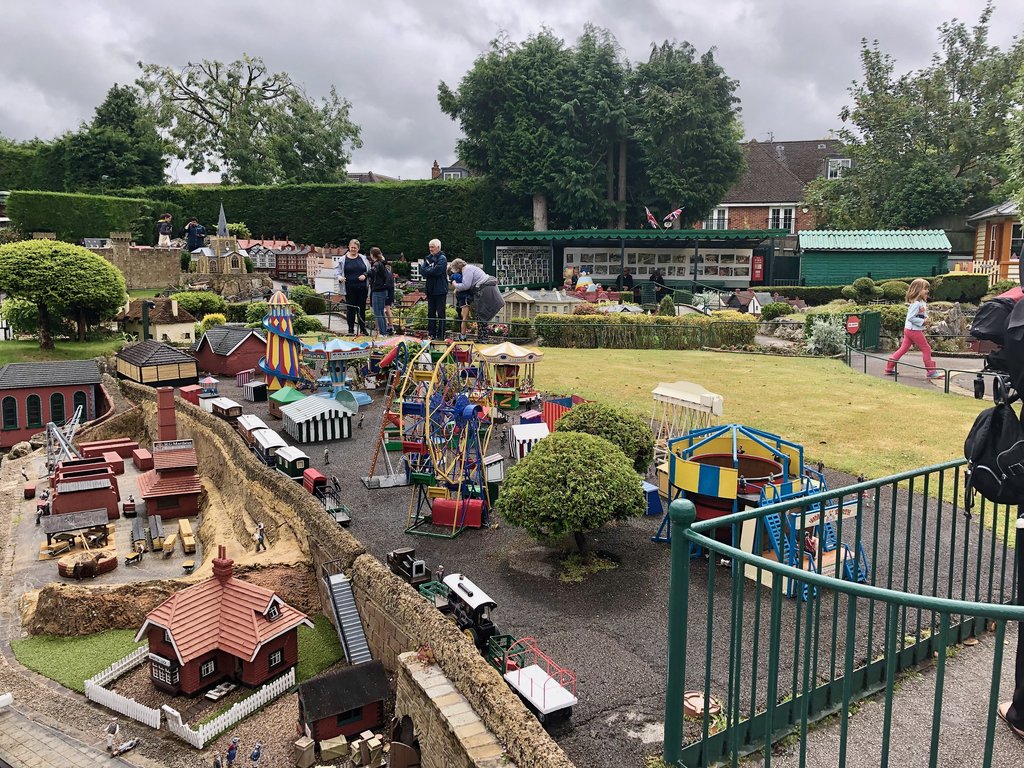 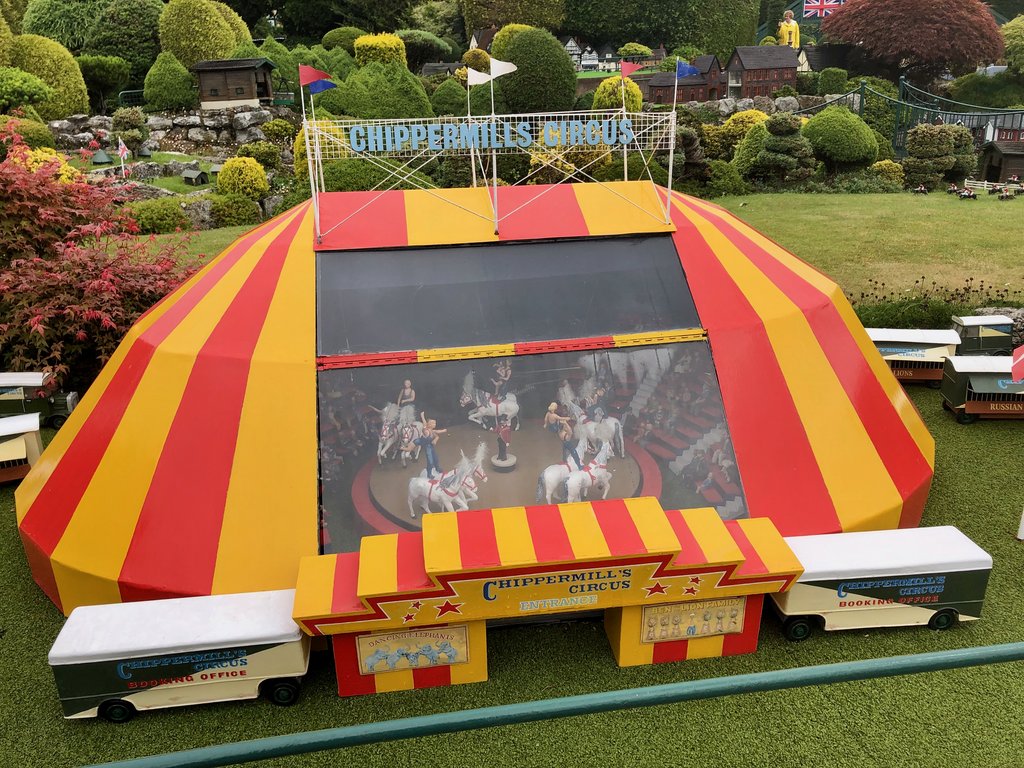 I'm a big fan of model railroads, ever since I was a little kid. I just never grew out of it. The Museum of Science and Industry in Chicago, as an amazing room full of dioramas in miniature, often of rooms of great castles or buildings from the 17th century. They also have a huge model railroad in HO scale. They had an O scale when I was a kid that was much better and every car and engine were all built from scratch, but they removed and replaced it with HO, and most of it is just the same rolling stock found in a hobby ship, but the thing is huge, maybe the largest in the world.

Your miniature place is amazing.

I love these miniaturized places, though the only one I ever visited in person was in Belgium. Others I have toured on-line. I have built model railroad layouts and Tudor doll houses from scratch as my own recreational 're-creations.' Very grateful for all your wonderful images, HollyDolly!

The weekly market in the Town market Square 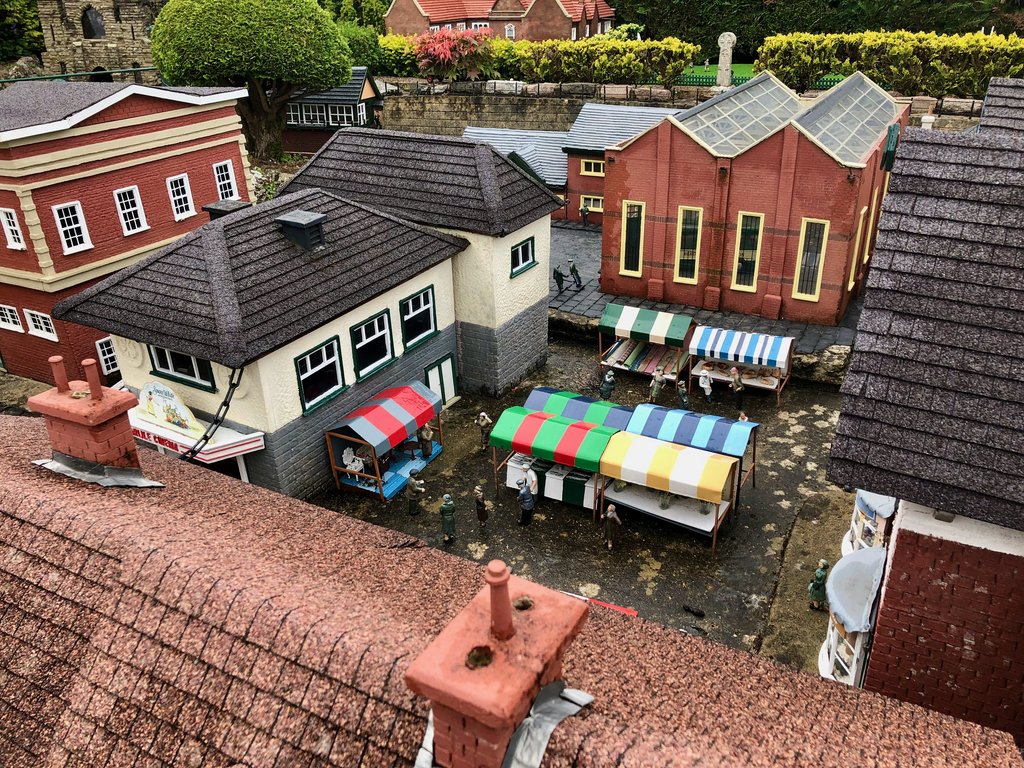 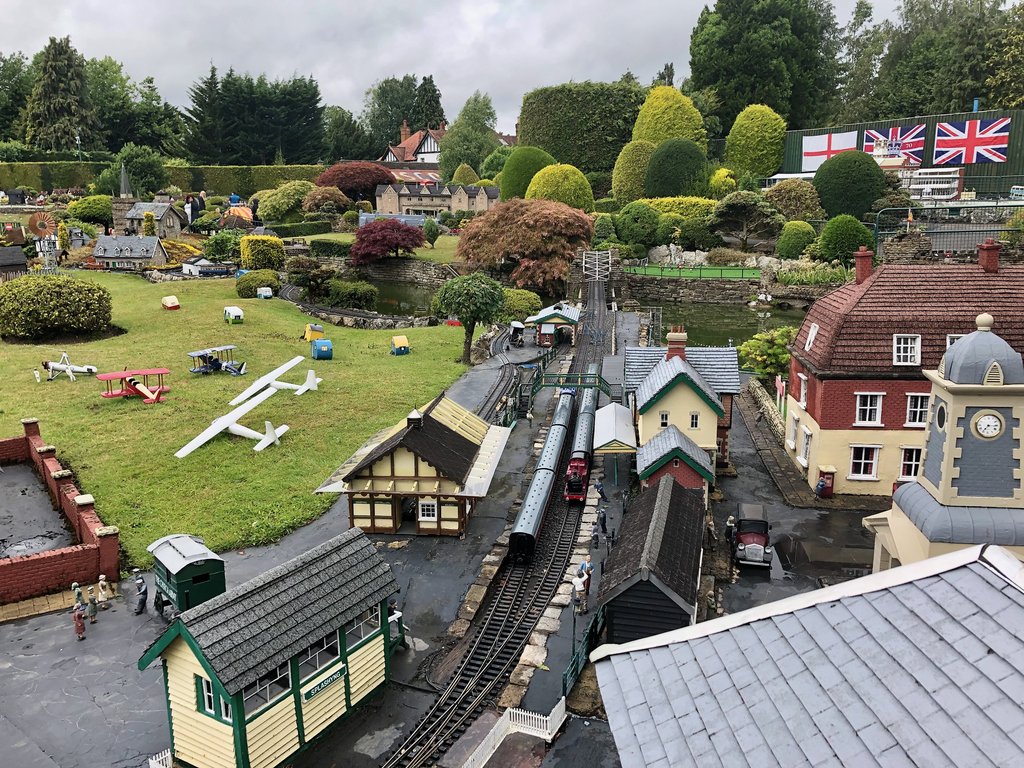 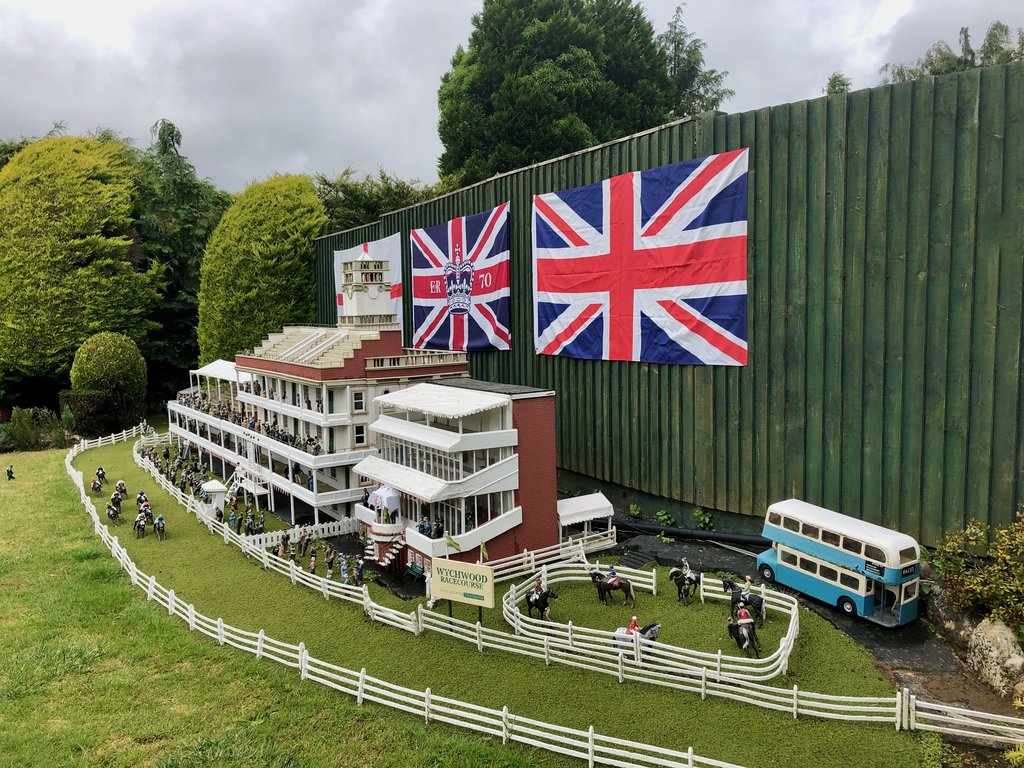 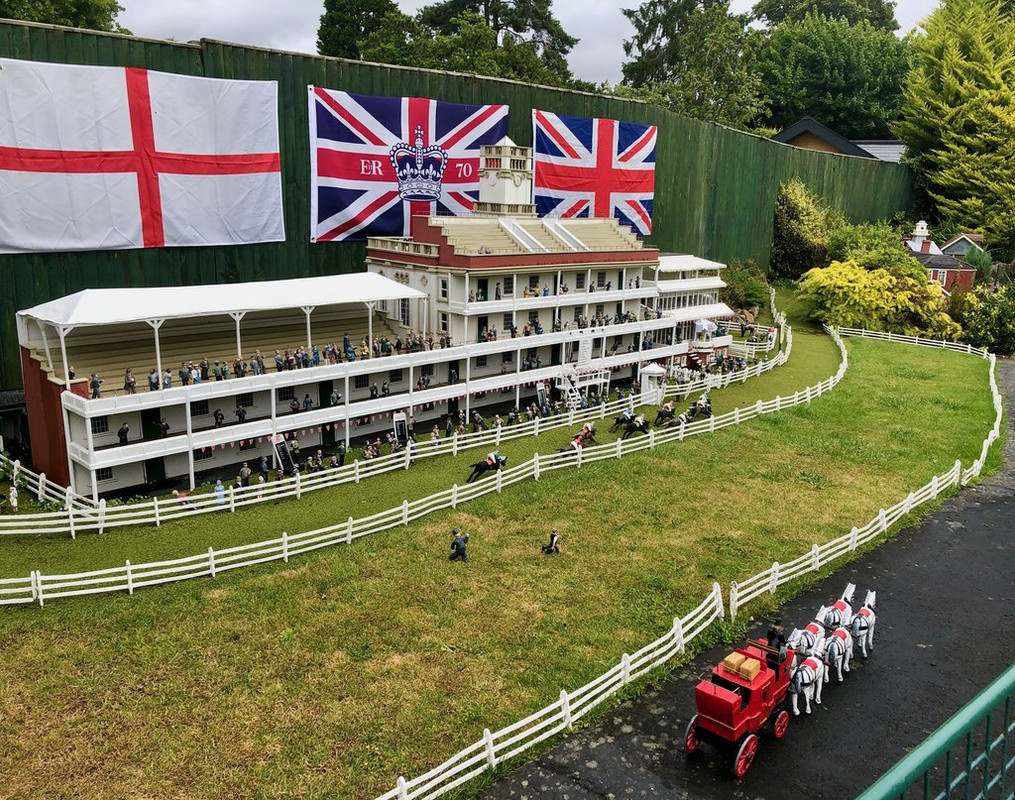 At the lake... with the lighthouse and a Bandstand Pavillion 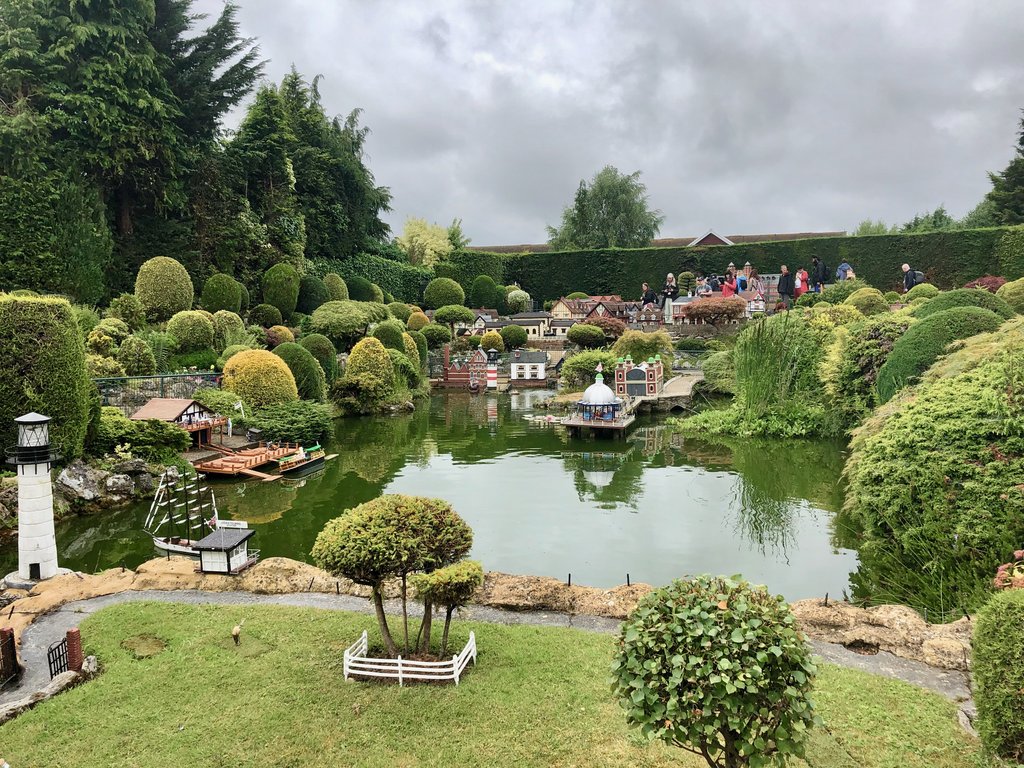 More another time... if you enjoyed these...

hollydolly said:
At the lake... with the lighthouse and a Bandstand Pavillion

Great pics, @hollydolly! Lots of love and care put into this location

hollydolly said:
More another time... if you enjoyed these...
Click to expand...

boy, did I ever enjoy these - it was like taking my eyes out to lunch...

SmoothSeas said:
boy, did I ever enjoy these - it was like taking my eyes out to lunch...
Click to expand...

aww that's lovely... there will be more to add another day...

In the meantime if anyone ( not Brits obvs) is interested in knowing what our Motorway services ( rest stops) look like.. I took a few photos while I was at one yesterday ... It had just stopped raining.. when I took these pics so most people were inside.. 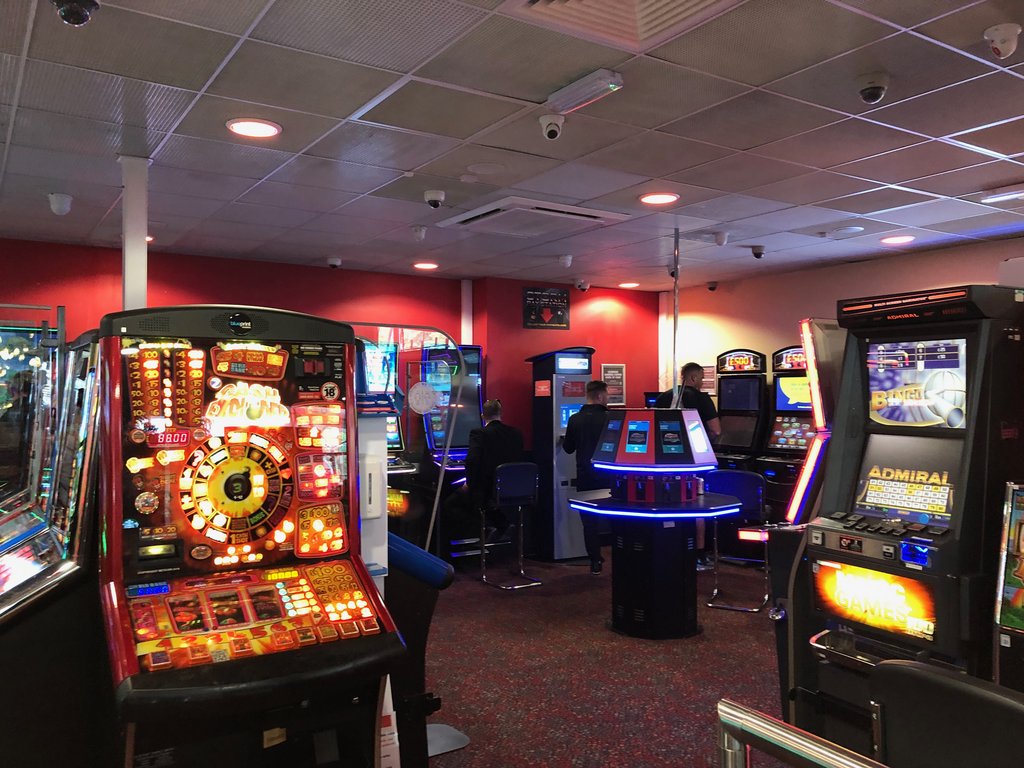 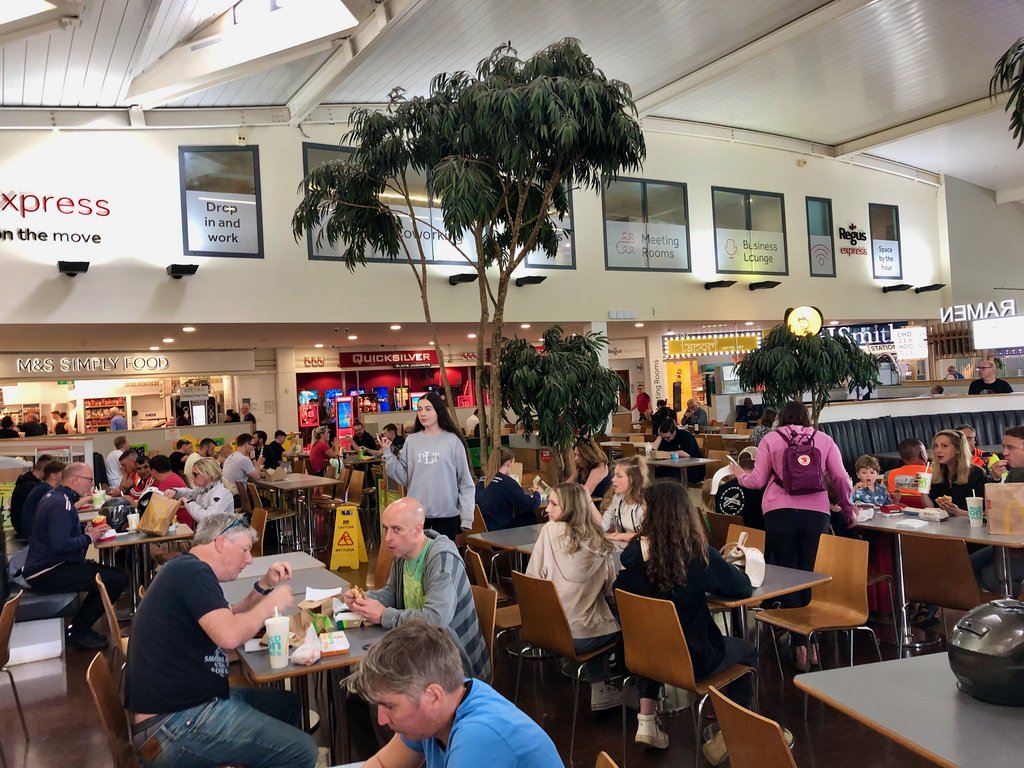 The pub at the services ... very empty yesterday... 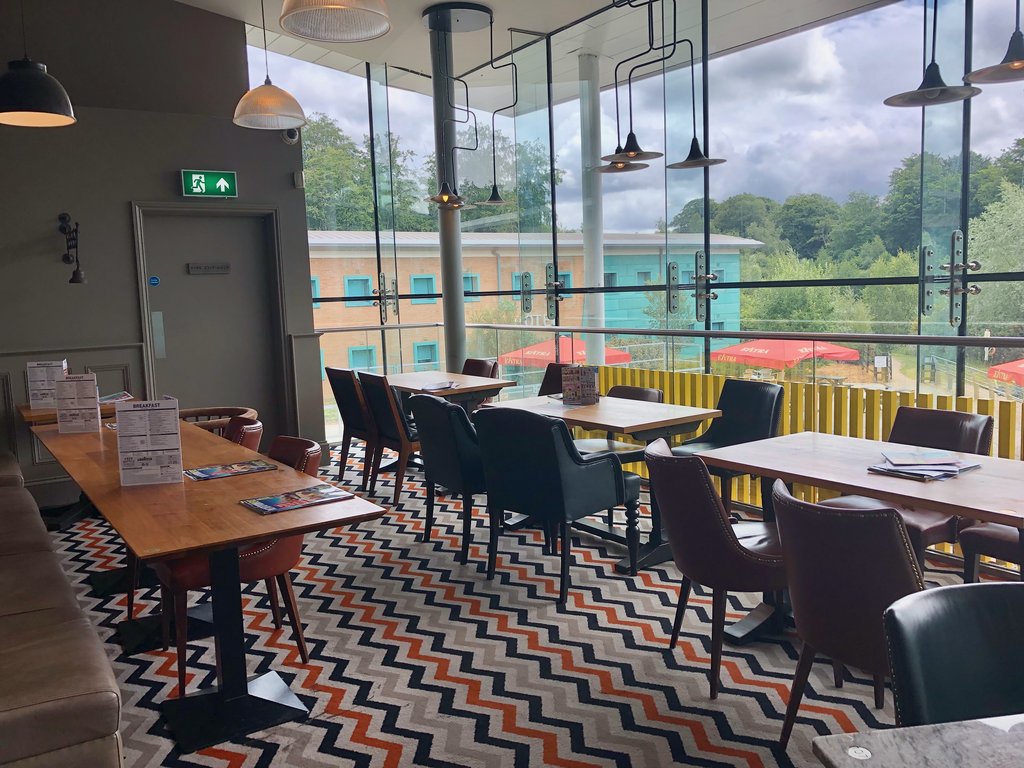 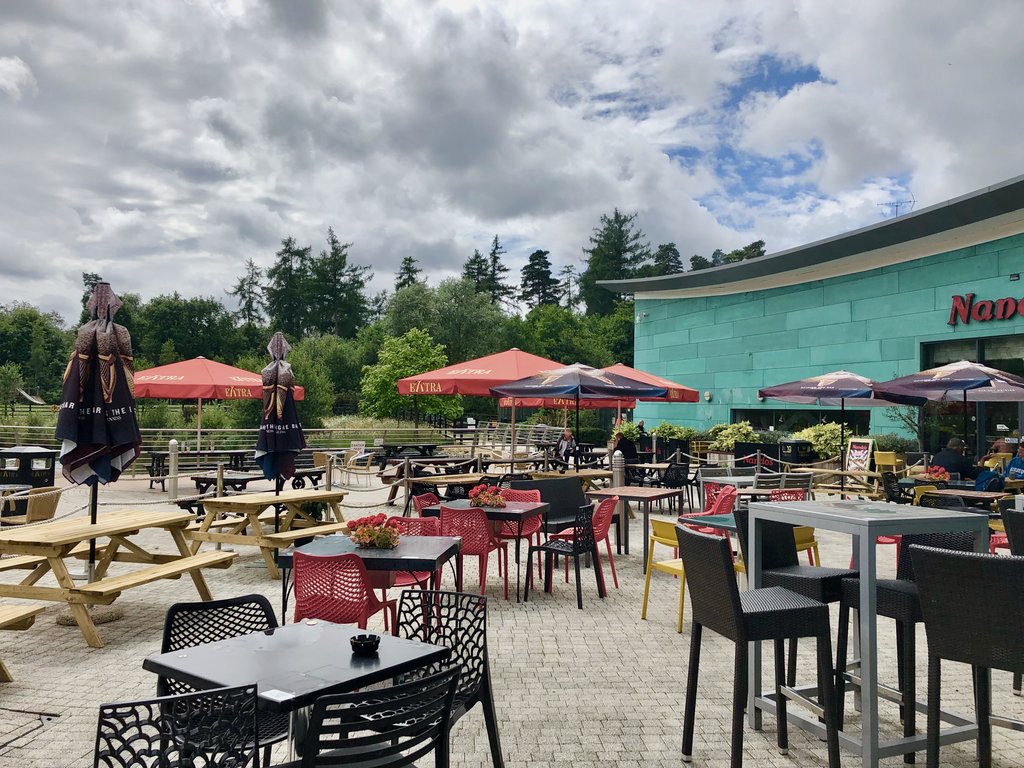 There certainly is CS...you can read more about it here..

hollydolly said:
More another time... if you enjoyed these...
Click to expand...

All very cool...thanks for sharing.

This is so cool. I want to live there!

I really enjoyed these, Holly. Please do post more. Fascinating.