Our small town heroine. Written by a nephew in Facebook.

Victoria Garcia Zamarripa was born in Uvalde, Texas, grew up poor but with hard work and dedication became a registered nurse and completed an unremarkable journey to achieve Colonel status in the U.S Air Force.
Colonel Victoria Zamarrripa, aka “Aunt Vicky” to her family, began her journey as a young girl traveling to the migrant fields of California and Minnesota. It was apparent to her and her family that education was key and it was that determination, with family support, that she evolved into the person we hold in upmost respect and admiration.

Colonel Zamarripa obtained her higher education in the state of Texas and join the U.S. Air Force Medical Corps. There she assisted/implemented training programs at the Defense Institute for Medical Operations – including implementation of Emergency and Disaster Relief and Medical care for 3rd World Countries. Her assignments allowed her to serve in many different parts of the world. While assigned at the Azores, she assisted in treating Pope John Paul II – when he developed chest pains.

She earned numerous awards/accomplishments including the US Military Meritorious Service Award.
Her hometown of Uvalde, Texas held “Victoria Zamarripa Day” in her honor on December 16, 2003.
Colonel Zamarripa, unfortunately, is no longer with us having lost her battle with cancer at the age of 50 on January 19, 2004.
Her story is one of inspiration and resolve for all women.

I was fortunate enough to be her friend and a co-worker before she joined the Air Force. RIP, Vicky. 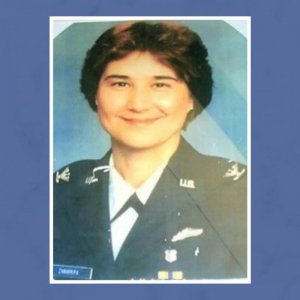 Aunt Vicky died too soon . But how lucky you are to have known her.

Aunt Vicky died too soon . But how lucky you are to have known her.
Click to expand...

We were high school classmates and friends.. Then years later, we worked at the same facility.

At the time she passed, I was unable to attend her funeral.

PamfromTx said:
We were high school classmates and friends.. Then years later, we worked at the same facility.

At the time she passed, I was unable to attend her funeral.
Click to expand...

In my opinion, if you were there *in spirit* it's the same as being there.