Ahhhh, cough cough, strong. Well I got my weekly million dirham allowance today so I think I will build myself a U.S. Army jeep.

Is that a picture of YOU?

Gaer said:
Is that a picture of YOU?
Click to expand...

Oh Gaer no no no. I could only wish that were me. Only thing is I don't smoke dope or wear facial hair or wear shorts. But if I were not me but he I would have dad run the citizens off 1/4th of the country and build a railroad similar to AMCREEP 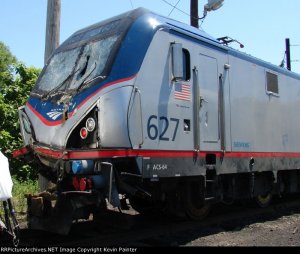 the railroad of plastic engines with aluminum wheels where all the rides are free and all the operating department employees would work a two day week and make like a thousand dollars a second. No inward facing cameras, no crew dispatchers, no foremen of road engines and all the management staff would be drug tested once every hour, polygraphed and strip searched twice on Sunday which only they would be required to work. That's right a six (6) day week from midnight to eight AM with Tuesday night off.

Is there an inward camera on all trains?
We know nothing of trains-ignorant; except get out of the way at RR crossings.

AMTRAK finally bent to the will of FRA. BLE-T made the usual bleats to management to appease the dues paying rank and file. Methinks the Class 1's will follow suit with retrofits and new powerplant purchases. A large majority of commuter and rapid transit's are ordering their new trainsets with voice recorders, GPS, data boxes (Similar to aviation black boxes) inward facing cameras and cellphone detection systems. I wish the entire rail based industry would consolidate their unions and vote me in as the national president and the very first thing I would do is call a strike on all the railroads except the high density rapid transit systems because a high percentage of their riders don't have a viable alternate means to go to work. Tops 3 weeks and the high dollar intercity crowd and the spoon-fed commuter crowd would demand that heads roll and after a massive management resume updating feeding frenzy all would be right with the railroads again. All aboard.

UNION POWER: BLE not BLE-T. Prosper with us or perish without us.