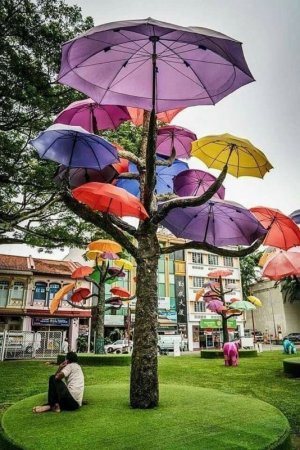 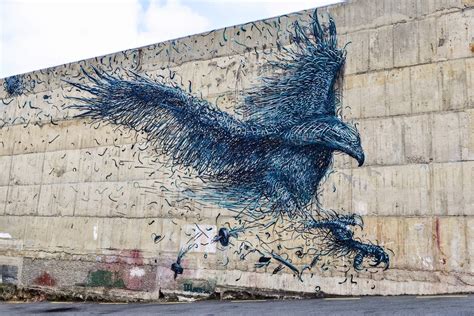 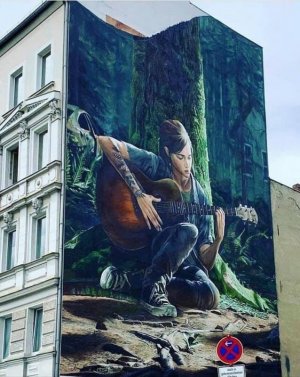 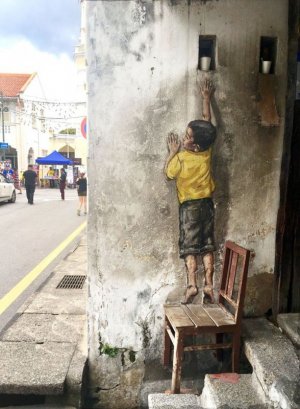 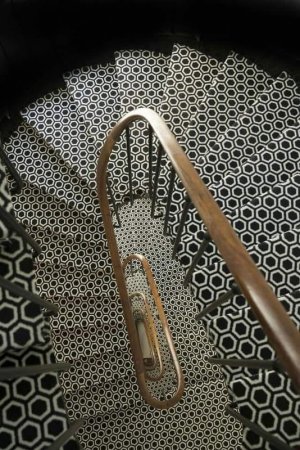 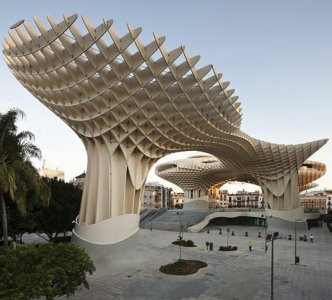 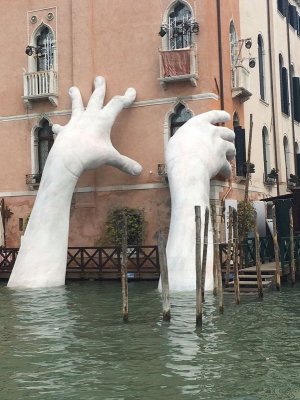 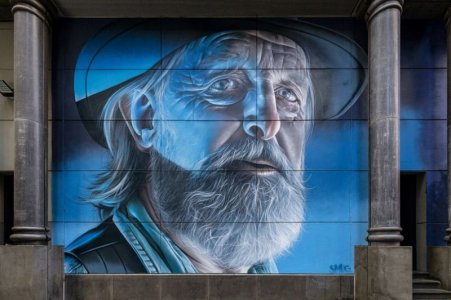 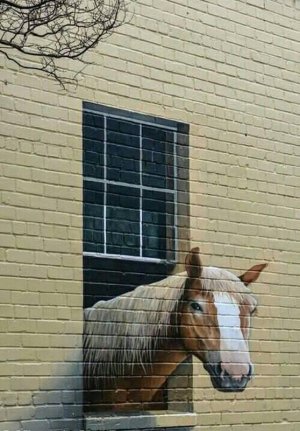 Those are all amazing.

How come none of those great works of art are in the U.S.? 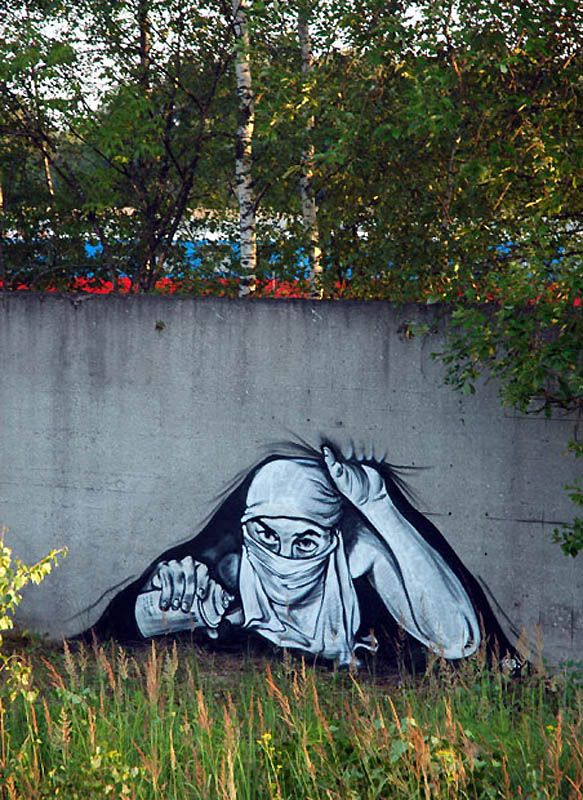 Not sure how Irwin could tell that none in USA, i know i've seen compilations of the more whimsical kind (ones that disguise utility boxes & conduits or incorporate foliage from nearby plants into a large mural) where some were identified as being in USA.

It's not exactly urban, since it turned up on wall of abandoned building in my little village in NM in summer of 2016. It lasted several months. The red line to left of photo just below the shoulder level was part of a word painted in red that showed up same morning as the image, but has 'political' meaning, likely the reason authorities semi removed the image, you can still see some traces of it. i tried doing a Google image search to discover the artist but never could be sure as nothing on the wall to ID them. Apparently there are actually a couple of artists doing murals on old buildings around the Southwest USA in this sort of B & W photo like style. Irwin said:
How come none of those great works of art are in the U.S.?
Click to expand... 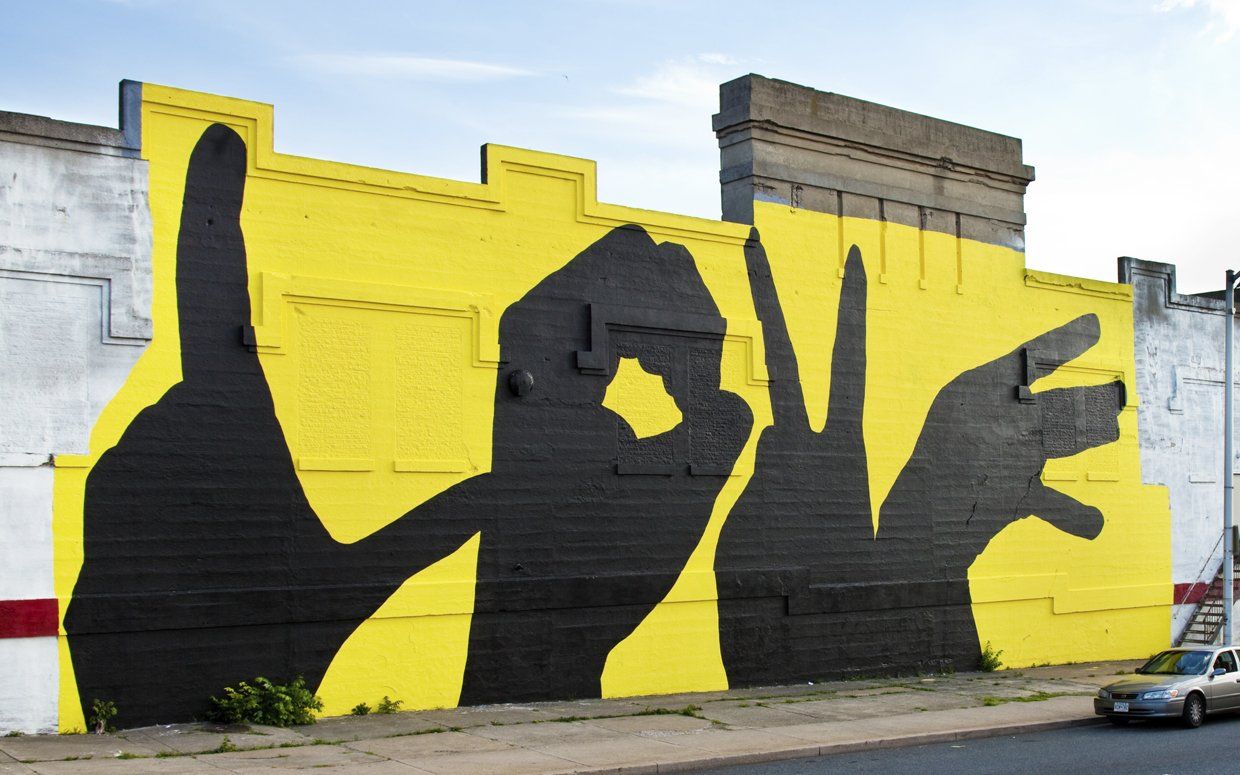 Friend of the Arts 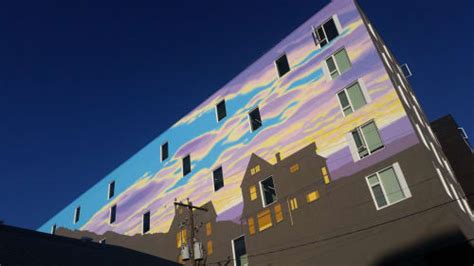