I am sure they will eventually get the tech right for electric cars.

Definitely less of an engineering challenge that many of the things we have encountered.

I mean, they shot Shatner into space!

They can figure this out to.

Problem is basically market forces. They don't want to spend enough on R & D, because they don't think they are going to get a big enough return.

Or, you know, Big Oil is playing nasty and sending out some bribe money to suppress the tech from getting developed right.

Cute car, but the charging issues would try my limited patience! Besides, I don't have a phone smart enough to use the necessary app!

I noticed this was an older video so I checked YouTube. Charging is now much easier through the smartphone app, although none of the videos mentioned the issue about FINDING the Electrify America stations which the OP's link noted, so IDK if that coordination with the infotainment's Nav system has happened.

One other video I watched that was quite interesting, noted that although the EA stations are rated at 150w, you do not always get that much wattage when you actually go to charge. In that video, the driver only got an average of 83w charging speed. He changed to another station next to the first one, and managed to get 115w.

Since this affects how long it takes to charge the vehicle, it means that just because the PR brochures say "90 min at 150w will get your car from 5% to 80%", doesn't mean that the charging station itself will give you that 150w! I thought that was an interesting point, and something to consider. In this other video, there wasn't anything around the charging station (it was in a Target parking lot and everything was closed for a holiday), so I guess he just had to sit in his car and wait for 45 min until his car was charged up enough for him to get to his destination.

That said, I'm still leaning towards buying the Ford Mach-E in 2-3 years if I decide to give up my beloved Edge Sport. The VW is too underpowered for my tastes. I live where there's hills and short freeway ramps uphill into 75 mph traffic. The Edge Sport weighs 4800 lbs. and has 315 hp, and I think IT has barely enough power, LOL!
D

JonSR77 said:
I am sure they will eventually get the tech right for electric cars.
Click to expand... 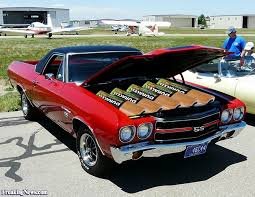