What was the silliest thing you believed as a child?

I believed that if I dug a hole deep enough I would come out in China.
Every adult told me that as a kid.

Silliest thing I believed as a child, and I really did believe! .... On my Grandparents farm where I lived for several years, there was a Smokehouse, which as a little kid (4-5 yrs. old) I found mysterious, and 'strange smelling', and something I was told to stay far away from.
No problem with that, as it kinda scared me.

I was told the reason to stay away is that it was the home of the Three Bears, (hence the smell) and they could come home at any time ....

I was in awe, little naive me!! ... I would just stand back from a distance and just stare at that smokehouse. ..... LOL

They (Grandpa and a couple uncles) played other tricks on me with stuff around the farm .... like "bird telephones" .. the white ceramic things on the fencing.. . "that was how the birds called each other".

Is that kid abuse?? .... But I really loved farm life and thought I was the luckiest kid alive.

I thought women got pregnant when they kissed a man. I figured it out all by myself.

Location
Transient in the Land of Oz

I believed in Santa and I still do, so I guess I am still a silly child

I believed that most people are decent and kind.
What a fairy tale THAT is!

Bretrick said:
I believed that if I dug a hole deep enough I would come out in China.
Every adult told me that as a kid.
Click to expand...

BTW, I was also told in the US that if we dug a hole through the earth we would end up in China. That is not exclusive to Australia!

hawkdon said:
When I was very young, I believed if it was raining outside our home, that it was raining all over the world at the same time!!
Click to expand...

Logical thinking for child who never knew how big the world was.

In the 1950's the BBC ran a clever April Fool hoax: A spaghetti tree. For years I was convinced that spaghetti grew on trees.
https://arstechnica.com/gaming/2020...dience-into-thinking-spaghetti-grew-on-trees/ 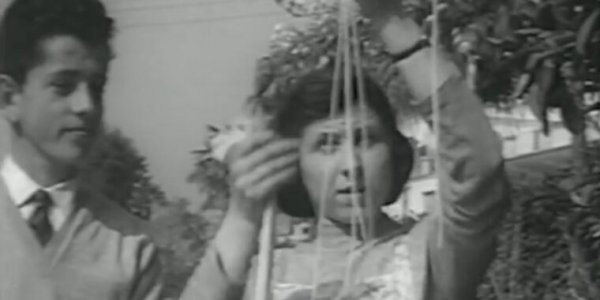 I thought when I went to sleep all my dolls came alive and danced, sang, laughed and had fun. I would try to stay awake to catch them but figured out if I was awake they would not come alive. It was magical. I wish it was true.

I believed in Santa and the Tooth Fairy. But not the Easter bunny ... it didn't make sense to me.

I had a thing for collecting rocks, quartz, moss agates, petrified wood, etc.
I found the most beautifully shaped piece of driftwood and dug a hole exactly a foot deep, so I could bury it and come back in a thousand years to dig it up again because it would by then, turn into petrified wood.

I was careful not to swallow an apple seed because a tree would start to grow.
Also, I didn't want to get married because every female I knew that did always got sick after (hence the baby born 9 months later).
Driving on the highway and exiting East to a town; I always wondered how I would get to the West side of it.
Boy, I was really dumb about some things.

As a child I believed the moon melted away during the night and a new one came out the next night.

When laughing and joking around at the table one night, I accidentally swallowed an ice cube. Freaked me out!!!!!

My mother just said "so what?" it was then that I realized my mother really didn't believe how stupid her daughter was.
Last edited: Nov 24, 2021

As a 4 year old, I was convinced by my parents that a stork had delivered my baby brother to our front door.

I thought musicians and singers performed live on air at the radio station. Know that was how it all started off but waaaaaaaay before my time!

My father pretended he could see the man in the moon. I believed it for quite a while as a child.
Mom kept me busy in summer by giving me a shovel and telling me to dig to China. I stopped believing that when I realized, with my slow digging, I'd never make it to China!

PamfromTx said:
As a 4 year old, I was convinced by my parents that a stork had delivered my baby brother to our front door.

When my Mom was a child her mother told her she found each of her 5 kids under rocks in the local river!
J

Location
Somewhere in the USA

I didn’t understand female breasts. I thought that they were some kind of lung extensions. This belief may have been fed by hearing some men comment, “Look at the lungs on that one!”
C

My sister once got me to eat a bowl of soup I didn't like by telling me there was a surprise at the bottom of the bowl. I ate the whole thing and found a flower (pattern of the dishes) at the bottom. I never fell for that again! (I wonder what I thought I might find??)

What was the silliest thing you believed as a child?​

That my Mum had an affair with Santa every Christmas.

katlupe said:
I thought when I went to sleep all my dolls came alive and danced, sang, laughed and had fun. I would try to stay awake to catch them but figured out if I was awake they would not come alive. It was magical. I wish it was true.
Click to expand...

Like the old saying goes, be careful what you wish for! I used to place all my dolls at the end of my bed when I went to sleep. One night I had a nightmare they all got up and started walking towards me with real ugly looks on their faces. I remember screaming and suddenly I was awake and Mom was there. The only dream I remember from my childhood.