When refrigerators were simple

I was going through some stuff and came across this little bank. It came with a refrigerator my folks bought in about 1947. It's a little less than 4 inches tall and looks like the one they bought. 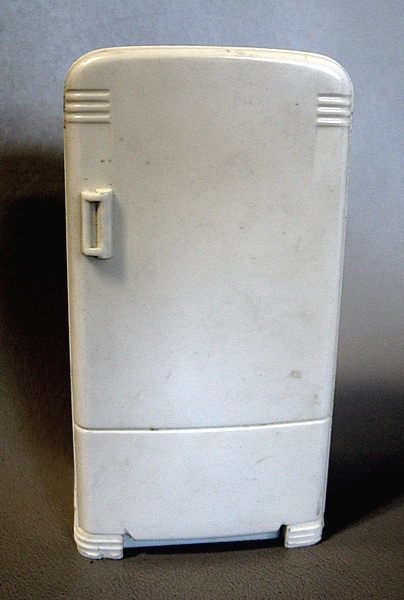 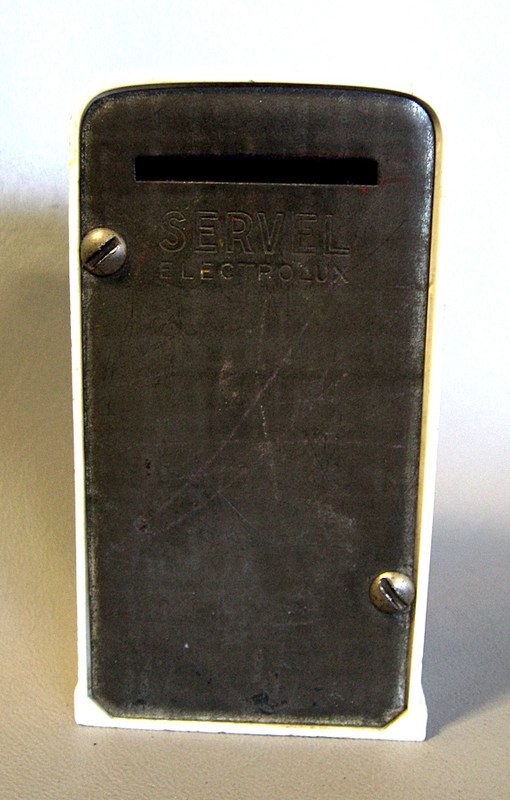 On the back it says Servel Electrolux. Notice how simple it is, just one door. Inside the real thing, the freezer compartment was just large enough for a couple ice trays, and maybe a gallon of ice cream. I think it had a light inside. I think it was my Mom's first refrigerator. I can clearly remember when we still had ice delivered.

Our refrigerator now is also an Electrolux. But, it's much larger with two doors and a bottom drawer, two ice makers, and filtered water in the door. And, it was made in Mexico, not the U.S. After six years, I've already replaced one ice maker and the water valve assembly. I don't remember my folks ever having any problems with theirs, and it lasted a long time.

How many things can this same analogy be made about?
Cars come to mind,used to be able to repair them in the garage,hell even a couple of high school kids could do it,now...you need a degree in some kind of engineering to figure anything out,not sure it's really progress.

I remember when I was just about 7 years old we had a gas fridge... IT had a metal ice box tray, one shelf that I remember and no light .. I have a photo somewhere...

I just replaced my fridge. My old one was 45 years old. It had an ice maker & water dispenser but it stopped working long ago & we didn't care because we didn't like the taste of the water or ice. When I was shopping for the new one, I told the salesperson I didn't want an ice maker. He said it would take at least a month because they would have to make one special because they all come with it. Whirlpool was offering good deals so I got one & told the delivery guys not to hook up the water or ice maker.

The delivery guy asked me how old my other fridge was. When I told him 45 years, he laughed & said, "Well, don't expect the new one to last more than 6-7 years."

A few years ago, I replaced the 30-year-old washer & dryer. I did some research & I didn't want the "High Tech" stuff with computers & lights. When one feature stops working the whole thing stops until it's fixed. I found a "Speed Queen" simple washer & dryer - 25 year warranty.

Giantsfan1954 said:
How many things can this same analogy be made about?
Cars come to mind,used to be able to repair them in the garage,hell even a couple of high school kids could do it,now...you need a degree in some kind of engineering to figure anything out,not sure it's really progress.
Click to expand...

What I like about modern cars is that less skill is required by the mechanic. Instead of trying to diagnose something, he just hooks up to a computer & finds the problem quickly. That's a disappointment to "Do-It-Yourselfers" but not to people like me with no mechanical ability.

We had a similar model with a storage bin in the lower section of the front.

I believe the compartment was intended as a vegetable bin but the heat from the compressor caused potatoes to sprout quickly so we used it to store paper bags.

I also remember my fingers sticking to the old lever action aluminum ice cube trays when I took them out of the little freezer compartment. 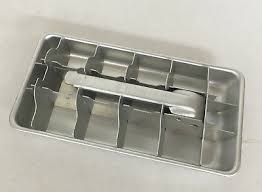 I wish that we could find a healthy balance between the simplicity of those old products and today's overcomplicated high tech solutions to every little inconvenience in our lives.

Foisted onto consumers are high-tech, "smart" appliances, some with computer circuitry that can actually communicate with their owners or other appliances! They even have refrigerators with internal cameras that display fridge contents on external screens. All of this technology adds price and complexity to the appliance, making breakdowns more likely and expensive to repair...

There's a marketing saying, "Don't sell the steak, sell the sizzle." Sizzle sells. Put enough gimmicks on something and people will line up to buy it.

I like ice makers having lived with others that felt they never had to fill ice trays after they emptied them.

I have to agree with win231, you can't buy non-complicated appliances anymore. I had a 37 year old washing machine. It finally gave up the will to live. It was a simple machine. It didn't have 467 settings , nor was it "interfaced" with satellites. It just washed clothes. My new has a lot of gizmos and sensors, and it needs to see a repairman about every four months.

Location
Arkansas, and the highway

We had an old Crosley fridge growing up. I don't know how well it worked, but, after it quit, I can tell you sliding down a snow covered hill in that door was a trip. 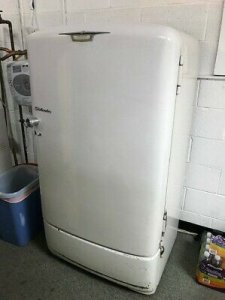 "Ice Box" brings back memories of the ice delivery guy who always gave me a small chip if I met his truck. The ice box had a drip pan that - if someone forgot to empty it - would make an awful mess. Some of my earliest memories.

Sorry, I guess that should have gone in the Olden Days section.

I remember my grandma had one of these in her basement. I am not sure if it was in working order when I saw it there, but I remember being fascinated by the fan (or whatever that was) on the top. 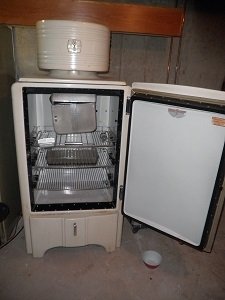 squatting dog said:
We had an old Crosley fridge growing up. I don't know how well it worked, but, after it quit, I can tell you sliding down a snow covered hill in that door was a trip.

We had a fridge like that when I was a kid, too. Also had a coal furnace that kept the house warm but definitely smelled like burning coal.