Which would you rather be in -Earthquakes or Tornados?

Now, assuming that you HAD be in one or the other, which would prefer to be in- a tornado, or an earthquake? Why?
If you haven't been in one of them, and if you were totally safe, would you like to experience a mild one?

Been in tornado as a kidling bAck in Indiana....went thru
earthquakes in Calif and Taiwan, also been in hurricane
in Taiwan and Florida and at sea.....don't want any of them
again....

Been in the middle of tornados and one small earthquake. No more thanks. 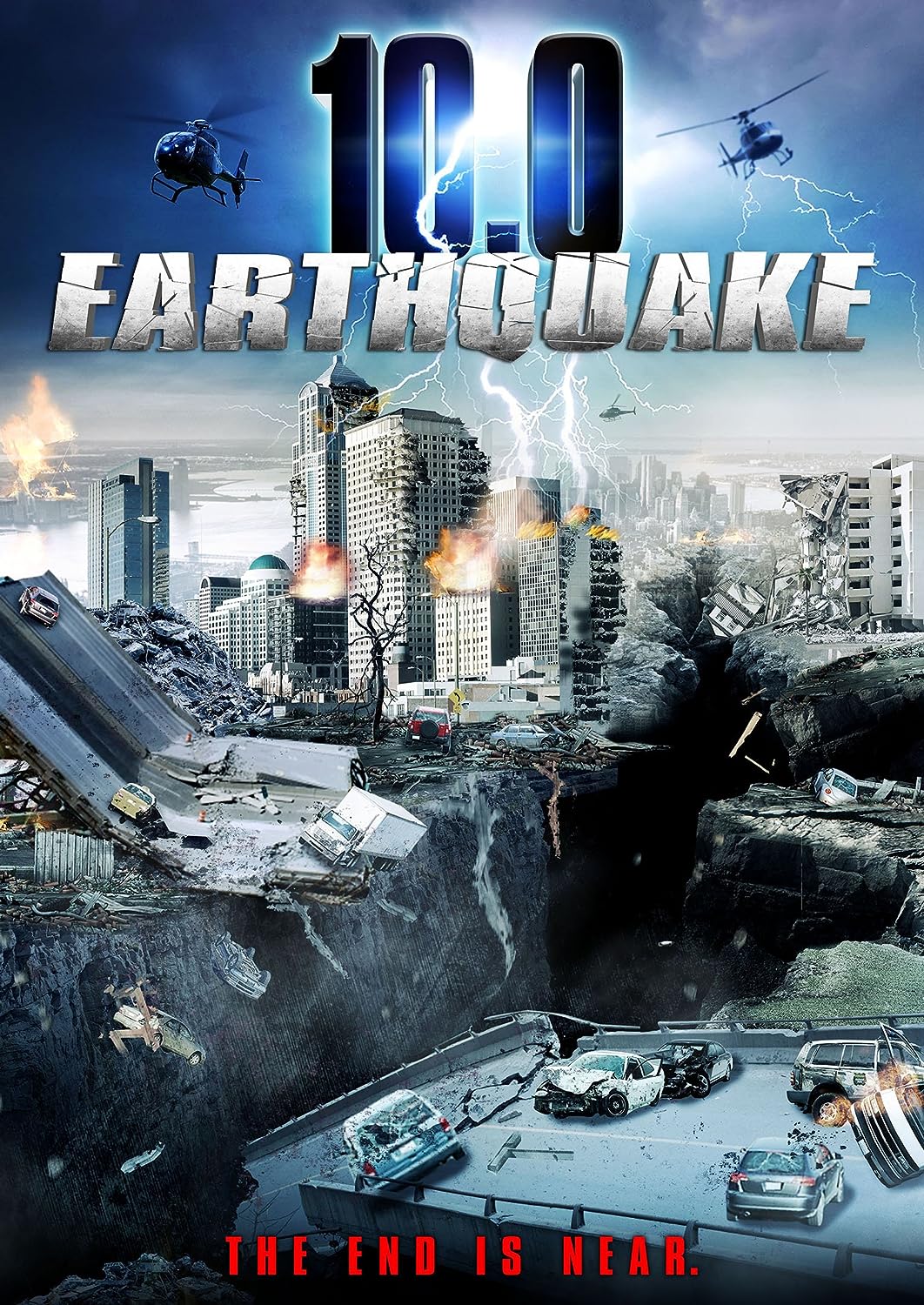 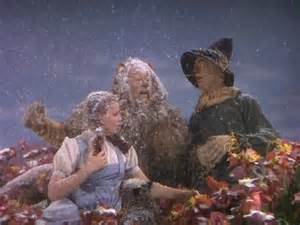 Hard choice, have experienced both but nothing big. A couple of 6 point something quakes, enough to feel but no real damage. Been close to some tornadoes, when I was about 12 one went right over our house, but kind of skipped up, took at the trees but the house was undamaged.

Had a waterspout pass very close to an offshore rig I was on in Louisiana, felt and looked like you could reach out an touch it, but had no real perspective. The alarms all went off and we were ordered into a safe zone, but everyone just went out to watch the storm.

I've been in lots of earthquakes, but never a tornado. Smaller quakes are no big deal. You get used to them. Big ones are rare but can damage a large area. There is zero warning for an earthquake whereas sometimes tornados can be predicted. But, I think tornados are scarier.

Grampa Don said:
There is zero warning for an earthquake
Click to expand...

One that I felt set all the neighborhood dogs off barking a few seconds before it hit. Kind of a warning. I suppose it could have been some minor shocks before the main one.

I was on a conference call when one hit, a unique excuse to get out of a boring meeting. A good effect.

I have been in a 7.2 earthquake, (San Francisco, 1989) where elevated highways collapsed and a section the the Oakland Bay Bridge fell.
Also, a near miss of a tornado.
At least, in a tornado, there is SOME warning. Not so with an earthquake.

I've never experienced an earthquake, but we lived in Wichita, Ks. back in the late 1960's, and had to run to the neighborhood tornado shelter several times....really glad that shelter existed, and glad to see the house still intact. We're only 100 miles from the New Madrid Seismic zone, which would be a real mess for the Midwest if it ever "shifts".

Given a choice, I'd take my chances with a tornado.

I've been in both. First earthquake I was ever in, winter '09 or early 2010, all I heard was a snapping noise. I didn't feel anything, but I happened to be standing in the doorway of a brick building at the time. A person about 3 feet from me on the interior was wildly asking " "What was that, what was that!? Seems standing on the inside one could really feel the movement. Never thought I'd experience one in Brownville, Nebraska. Second one was a few years ago sitting in our kitchen in SW Iowa. I thought I was feeling a little dizzy then I realized it wasn't me, but the shelving was swaying back and forth. We didn't experience any damage in either. I'd pick earth quake.

The second tornado I was in I was working and the sirens went off. Of course some of the guys went out to see what was going on. I looked up and told them that's a tornado. I was transfixed on watching the rotating clouds. It hadn't dropped yet, but it was quite the spectacle. Of course, the other guys thought I was getting carried away when I had gone back in. About 5 minutes later it had dropped down and did quite a bit of damage in Council Bluffs.

First tornado I was in was in may 6, 1975. I remember that date quite well. I lived on hill and it was raining so heavily that water was over flowing the 4" gutters on the steep part of the hill maybe about 30 degree angle. I saw that and knew something was up. Then the rain stopped and the sky grew dark and the wind came up. Then the sky went black, I mean solid black. I thought it was leaves, it was 3 tab asphalt roofing shingles. I looked to the west and the ridge of the horizon which was about 5 blocks away was clear except for a large dark area resembling VI-- yep, that was a tornado. It did a lot of damage to Omaha. I knew people who had a lot of damage as well as suffered injuries.

I would prefer non of the above, thanks.

Jill of all Trades Mistress to None

I have been in both and choose to be a non-chooser.

I've been in tornados, earthquakes and hurricanes. At least with hurricanes, you get a warning.

We had a pretty good quake in the nineties. I was out on the factory floor making some measurements and just as I pressed a button on the equipment I was using, the quake hit. For just an instant, I thought I caused it. I looked up and the lights were swinging and I crawled under a bench.

Earthquake. You can be relatively safe if you can get away from buildings. Also an earthquake is usually localized and short-lived. A tornado is capricious and can change it's path at any second and can run for many miles.
Last edited: Sep 22, 2022

Been in both..
Earthquake @East Coast..weird feeling...standing while @ library.
Tornado.@ Oklahoma..common...we All
stayed in inside bathroom..
sounds like a freight train coming thru

I;ve been in all 3... granted the Earthquake was only strong enough to to our dishes out of the cupboards and tip my mother out of bed ( when I was a kid ).. but it definitely shook the house..this was early 60's.. Then in 1968..our City had a very strong hurricane which destroyed many homes,..not ours thank goodness which was extremely well built.. but one of those homes a few miles away which was destroyed was my Auntie Jeannie.. her house fell on her and she was killed

Then about 10 or 12 years ago a tornado.. in Spain took the roof of my house off while I was at home.. it was terrifying. It ripped up my 30 feet tall palm trees. and left a trail of devastation on our Gated community

I'll take the earthquake please. I was told that my eyes crossed one day because during Long Beach, California earthquake My mother dove under the bed screaming. Problem was I wasn't born yet when that particular earthquake happened.

I've been through all the earthquakes in Southern California since the 1950s. None caused much damage other than a few cracks in concrete and stucco. There was a big quake in Feb 1971, I think it was the Sylmar Quake, registered at Magnitude: 6.6. I was at Ft. Eustis,Va. at the time, my mother said that at her home in Hermosa Beach the dining room chandelier was twirling in a circle over the table.
In early 1989 a storm swept through the area with winds of 101 MPH, which tore half the shingles of our roof, as well as damaging 100s of surrounding homes roofs, and fences. The wind blew all night and into the next day.

But no tornados or hurricanes for me. I hate wind, at least earthquakes are over(usually) in a short time.

I've felt plenty of earth quakes being from Santa Cruz California. I think I'll take them over a tornado.

mrstime said:
I'll take the earthquake please. I was told that my eyes crossed one day because during Long Beach, California earthquake My mother dove under the bed screaming. Problem was I wasn't born yet when that particular earthquake happened.
Click to expand...

When I lived in Long Beach back in the 70s the elderly lady that lived next door had living there when a strong quake hit, I believe in 1933. She said there were a lot of red brick buildings that were damaged/destroyed.

I have never experienced either. I would like to, but safely if that's possible.

I've never experienced either, and I think it would be cool to be in both. I'm not THAT crazy, just enough to feel the effects, and stay in one piece. Everybody mentions tornados sounding like freight trains. I've been through the eye of a hurricane, and that was eerily cool. so maybe slight tremor to go.

As long as I, a native of Los Angeles, am outdoors or in common 1 or 2 story modern residential structures, earthquakes don't scare me. During the 1989 Loma Prieta Earthquake, a 6.9 that last a long 20 seconds, I was driving in minor traffic on a low speed city paved road. The weirdest thing is I first thought I had a flat tire so quickly pulled to the curb and got out. That is when I noticed these large ground waves like one is looking at lake waves, even the solid road pavement was all waves. Also endured a 5+ earthquake while backpacking in the Sierra Nevada and all over the glaciated granite bedrock landscape, boulders rolled about making incredible rolling grating sounds. The best thing about quakes is it so scares a fair number of recently arrived people that they move out of our overpopulated state.

Your statement was "in a... tornado" Being INSIDE a tornado, one at best might end up like Dorothy and Toto. Would enjoy being NEAR a tornado in a protected location like a shelter with a view just to watch it. Generally I find being near epic physical natural phenomenon fascinating as long as I am not in obvious danger.

What does a tornado in Florida and a divorce in Alabama have in common?

Either way, somebody's fixin' to lose a trailer.
N

I have never been in an earthquake. We experienced a tornado 6 months ago and it came within 5 miles. Extensive damage was done the closest town. 18 wheeler flipped upside down lying in corn fields, storage units wiped out. I truly was horrified!