Wilford Brimley, a portly actor with a walrus mustache who found his niche playing cantankerous coots in “Absence of Malice,” “The Natural,” “Cocoon” and other films, died on Saturday at age 85.

Mr. Brimley had been sick for two months with a kidney ailment, said his agent, Lynda Bensky. He died in a hospital in St. George, Utah, where the actor had a home.

Wilford Brimley was truly one of the greats. An Icon.

His best scene yet.

He was a wonderful character actor,a couple favorite movies he appeared in:
The China Syndrome'79
The Natural'84
Cocoon' 85 he played'Ben' his wife was played by Maureen Stapleton,most of the cast was in the sequel,Cocoon '88 which wasn't as good as the original
He was the pitchman for Quaker Oats cereal in the 80's,90's
R.I.P

Wilford Brimley was my favorite curmudgeon.

I enjoyed his appearances on the Waltons and the television series Our House.

FastTrax said:
Wilford Brimley was truly one of the greats. An Icon.

His best scene yet.

I just watched that night before last on PlutoTV.

moviequeen1 said:
He was the pitchman for Quaker Oats cereal in the 80's,90's
Click to expand...

Reminds me of a poster I made in another life; 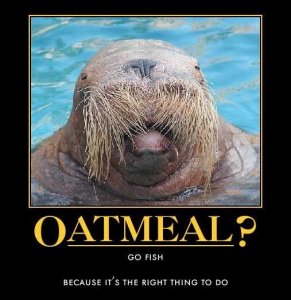 I liked Mr. Brimley. When I first saw him in “The China Syndrome,” I thought he was a rat for not supporting his supervisor, Jack Lemon. Later, in the movie, he did speak up and I quickly changed my opinion. He was also a ‘natural’ in the movie “The Natural” with Redford. I really liked that movie, especially the ending.

“The China Syndrome” came out at about the same time as our nuclear power plant, “Three Mile Island” or “TMI” had their accident. I was on our Governor’s security team at the time and we made 2 trips to the accident site. I can remember when the Governor asked us, (there was 3 StateTroopers on the Governor's security team when he traveled) if any of us wished to be excused due to the threat of an explosion. We all declined as we should have.
G

No love lost here. When Arizona wanted to ban the cruel sport of cockfighting he fought to keep it going there & NM. It Was eventually banned. It is still done in secret and when caught people are prosecuted for it.

I'm somewhat surprised because I thought he'd died years ago. I'm also surprised he was only 85.

Didn't he also play on the TV show called Our House?

Did you did you know that Brimley had a fine singing voice, and also played harmonica really well? He was an ex-marine, and at one time a bodyguard to Howard Hughes. Wilford began acting in westerns in the 1960's with non-speaking parts, such as hammering horseshoes in the background.

Let's not forget his role as Dr. Blair, chief biologist for the doomed research outpost in John Carpenter's 1982 re-make of The Thing! 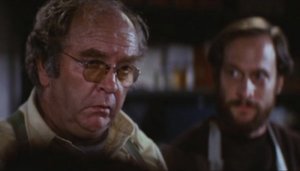