This is a very informative video tour of Herculaneum. We spent a few hours there but apparently, we missed about half of what there is to see. I was very surprised to learn that they believe only about 25% of the city has been exposed thus far. 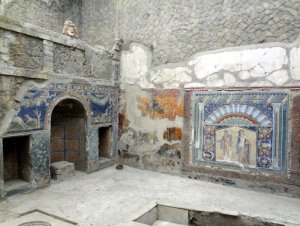 It is a nice video and those buried cities and their stories are interesting.
You must log in or register to reply here.