Ollie Mae and Aunt Altha
(pronounced Ain't Althie. With a southern twang)
sittin' on the porch at the Sugar Pie Farmhouse
True story 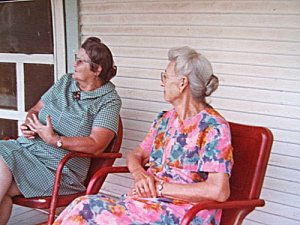 Lawd have mercy. If it ain't Dolly Parton signin' on our porch...

"Sittin' On The Front Porch Swing" 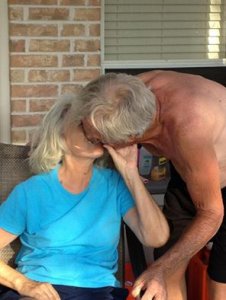 Is it? If not it sure looks like them! That kodak moment is sweet as a peach

RadishRose said:
That's you and Mrs. K!
Click to expand...

Lara said:
Is it? If not it sure looks like them! That kodak moment is sweet as a peach 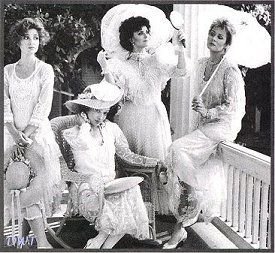 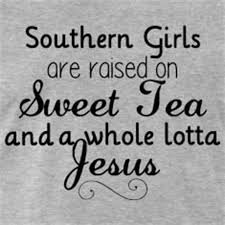 Southern girls can teach anyone to flirt ...
Slowly lower your eyelashes
Listen carefully to everything he says
Speak r-e-a-l slow

The most beautiful voice in the world
is that of an educated Southern woman.
~ Winston Churchill

Lara said:
Ya might wanna turn your volume down cuz this could git a bit annoying

No, because I moved all over the place every 3 years of my developmental age. I was once told by an Aussie that I had an educated accent, whatever that is

. I'm just playing around with the southern culture for now. Btw, some men think the southern drawl is sexy. I've heard some people describe it as a romance accent.

I've lived in the south now for the past 30 years...not in the deep south though...which would be Mississippi, Georgia, Alabama, Kentucky, Louisiana, and maybe Tennessee...the Bible Belt they call it. I've lived in mostly in San Diego, Virginia, NCarolina, and Florida. I wonder sometimes if I'm picking up any southern subtleties but I don't think so.
Last edited: Aug 8, 2019

That video is a keeper

She's got big ribs and candied yams
Oh, sugar cured Virginia hams
Basements full of those berry jams
And that's what I like about the south

Ah, don't take one, have two
They're bark brown and chocolate too
Suits me they must suit you
'Cause that's what I like about the south

Sit down, those pretty queens keep a dreamin'
Those dreamy dreams
Well let's sip that absinthe in New Orleans
And that's what I like about the south

Here come ole Roy down the street
Ho, can't you hear those scufflin feet
He would rather sleep than eat.
And that's what I like about the south

"The Front Porch of Heaven" by Bob Willis

I loved that happy song so much I'm adding it to my Playlist
to dance to every morning! 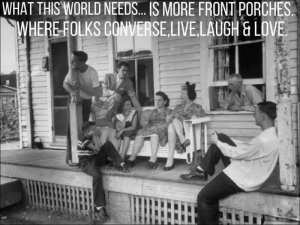 Pappy said:
"What this world needs is more front porches.
Where folks converse, live, love, and laugh."
Click to expand...

I know you cain't read this without a southern drawwwl....

As sure as Cornbread goes with Collard Greens,
That would be the answer to our dreams, Pappy

LAST NIGHT ON THE BACK PORCH - New Orleans Jazz Society '65

"Time to get back to dirty bare feet
and way-back-when conversations."
~ Front Porch Life Magazine 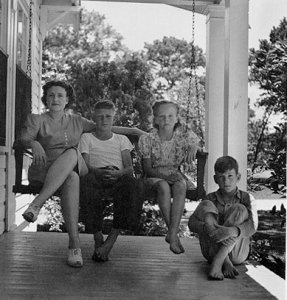 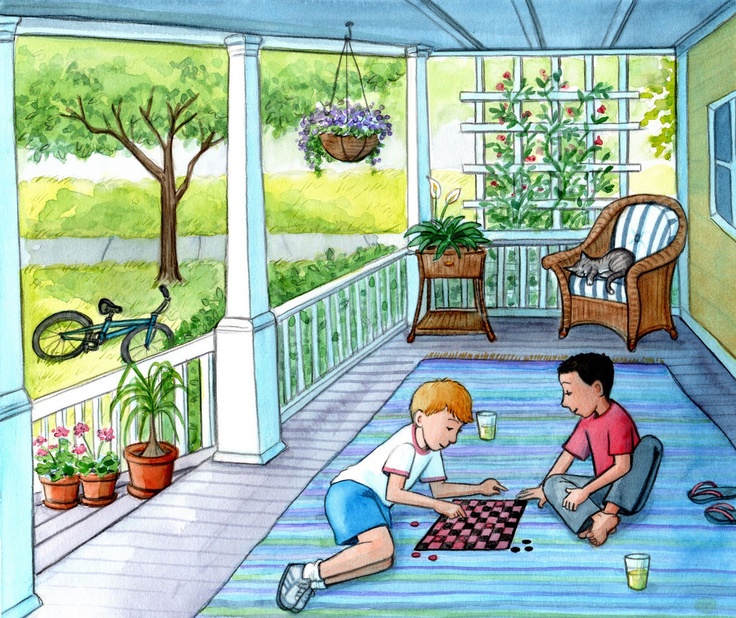