Wherever I go, there I am

This forum seems friendly -- thought I'd write a little about myself and see what any of you might have to comment on or relate to.

I wrote my first line of computer (math) code in high school in 1973, and have pretty much been in that world since then; was a professional developer and used that background for economics research in the 00's. I personally never experienced any gender bias as a female, because 90% of the interaction was electronic.

Funny story: I had been working online with another programmer for 2 years, then I was relocated to the same office building he was in -- even though our offices were about 50 feet apart, we still worked online. We "knew" each other in that world, and chose to continue communicating in the same way.

When I began to back away from that world, I realized that I'd been in a real bubble -- future-oriented mostly.

A few years ago, I began to teach ESL to adults -- many of these students are barely surviving financially, but all of them have smart phones; this makes it difficult for them to really dive deeply into their new language, depending instead on translators.

Millennials' brains are, literally, wired differently than previous generations. Their dependence on technology is so complete that if/when there is a natural disruption, very-very few of them would be capable of solving the simplest of problems on their own (without devices to calculate, measure, and think for them).

I have a ton of faith in the talent of engineers who are able to return booster rockets to their original positions(!), rather than products developed in government bureaucracies which stifle innovation.

The economics part of this journey is a little scarier; what used to be called "behavioral modification" is now referred to as "nudging" toward "optimal outcomes". Who decides what is optimal? We are being studied to death (in my less energetic moods, I can empathize with what laboratory rats must feel like).

I didn't mean for this to be a diatribe; I fully understand that the future is a place I can't go. I am fascinated by the fact that money follows successful novelty at the expense of -- well -- infrastructure, for one.

When the next dark age comes, will society have to be re-learned -- again???

In spite of all that, I am an optimistic person (hey, if a BS-Economics won't make a cynic out of you, then nothing will).
But, I'm not a philosopher by nature.

Does anyone have any thoughts about how to accommodate such a dilemma?

Okay, that first one really was a diatribe. Sorry to those of you who read it. . . Can't delete it. Ah well. . .
Had just gotten off another forum that is filled with "serious" conversations and very strong opinions. Should've taken a break before logging in here Am going to let that one go -- it's not healthy for someone who doesn't like drama!

Busy week ahead; good weather and a garden to start getting into shape. Yay!

Very interesting, regardless of how you feel about whether you should have written it at all. It's fascinating for me to learn from those who have a knowledge greater than mine in any subject..so thank you, and please continue..

Hello and :welcome: to the forum. Nice avatar, do you surf? or just listen to the sounds of the surf?

hollydolly said:
Very interesting, regardless of how you feel about whether you should have written it at all. It's fascinating for me to learn from those who have a knowledge greater than mine in any subject..so thank you, and please continue..
Click to expand...

Thank you so much Hollydolly!

Luckily for me (and lots of others), Spring has arrived and now I can get out digging in the dirt and get the garden going again.

Mizzkitt said:
Hello and :welcome: to the forum. Nice avatar, do you surf? or just listen to the sounds of the surf?
Click to expand...

Hi Mizzkitt! Well, I watch and listen . . . do you surf?
I love walking on the beach -- it's great for keeping the legs in shape and you can't beat the view
My new adventure this year is going to be learning how to fly one of those bat-winged kites! Always wanted to do that, and it turns out there's a club that meets one weekend a month during Spring/Summer/Fall in another beach town about 1/2 hour from here. Already have the beginner kite, so am looking forward to that!

Welcome! I'm new here myself. I just have to say" GO FLY A KITE! 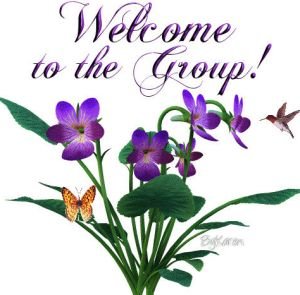 Luckily for me (and lots of others), Spring has arrived and now I can get out digging in the dirt and get the garden going again.
Click to expand...

LOL...can you tell the weather over here it's supposed to be spring?...we're still waiting...we've had 2 days of Sun in the last month. Poor daffs are struggling trying to raise their little heads.
F

We know it's Spring when the rain starts falling straight down and the gale warnings are cancelled nthego:, here on the Southern Oregon Coast. We really have the best of both worlds -- a Northern California climate with a no-sales-tax Oregon address. We're supposed to have about a week of beautiful weather (today, it was 72F (22C), with a light breeze -- the whole neighborhood was out to play!)
I went to the garden store today and they're not really stocked up yet. I need to get some outdoor potting soil to build up my ceramic pots again. And this year, yes this year, I am getting a brand new chaise lounge for my back patio. One of those really cool ones with the drink holder attachment.
So, since the weather moves from West to East, I can stop apologizing to my relatives and friends in the middle and Eastern parts of the U.S. and hope some of this goes their way very soon! And for you too!

Thanks for the welcome, Falcon -- I'm glad to be here!
T

Beautiful day again here today -- got out into my back walled garden and neatened it up! Sprayed all the paver joints with white vinegar and bagged up all the debris. Feelin' all efficient

Springtime at the beach! Tourists are beginning to arrive, but I love it because they're happy to be on a vacation and it reminds us how fortunate we are to be living here year-round. Of course, the time to drive into town doubles (from 8 minutes to 16 minutes) during high season. No worries, I can cope just fine!
Still have some garden prep remaining to do today before I get to go to the gardening store. Have made a list and will make every effort to stick to it . 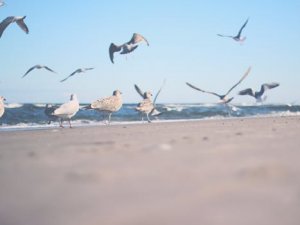 Welcome JFBev! I lived in Oregon for two years as a teenager coming from the deep south. It was quite a journey. I understand what you meant in your original post. My grandkids are so attached to their "devices", it makes me crazy! I tell them there is a "real" world out there and you better be prepared for it! And they are only 13 and 7 years old! YIKES!

Got lots of garden prep work done and the lawn mowed and fertilized yesterday -- today and for the next week, rain and showers will be around.
This gardening thing will probably help me save what's left of my mind .
One of my neighbors is in her 80's and, with the exception of roses, there isn't anything she doesn't know about flowers. She offered to give advice!!! How lucky am I?!!!
Even though I spend many of my waking hours looking at this screen, am looking forward to this Spring and Summer -- first season in too many years where I'll have time to get outside and create a patio garden.
What a gift!

Are you putting in anything new this year Bev? Do you have mostly perennials?

How I loved my peonies before I had to downsize, and my iris, rosebush and bee balm. Do you grow any of those? Oh and the bulbs! I do miss it all.

Most of what I'm putting in will be new to this garden; the previous owner loved the overgrown jungle look in the back courtyard . Last Summer I pulled most of it out and had the maple tree pruned. So much more light! My last prep project is to trim back the 8-foot tall Arbor Vita (sp?) hedge which grows along the back of the garden. It's very healthy, but I need to trim it back about a foot. Then, the fun can begin - yay!

There are 12 large ceramic pots that I uncovered, and a long raised bed on the outside of the paved area. It was fun to discover that those were already there, but of course I rearranged them Already there when I moved in: purple irises, tiger lilies, some kind of spring onion with the most beautiful little white blooms, blueberry bushes in pots, and lots and lots and lots of fiddlehead ferns (most of which I pulled out -- just left some around the edges). Every pot has bulbs also, which I look forward to re-arranging in the Fall.

This year, I'm adding some of my old favorites: clematis, hollyhocks, yellow roses (some are already in pots and seem happy), and some bright annuals to fill in the rest.
Didn't think about bee balm -- that would be great!

Then, I'm going to try some low-growing ground cover for the raised bed. I was told there's something called a "century plant"??? It's more colorful than hen-and chicks, stays low and is supposed to spread rapidly to fill.

Our growing season is all year round -- we have a couple of frost warnings in January each year, but that's about it. Right now, another strong rain/wind front is coming through for the weekend, so I'm patiently waiting until Monday to tackle that hedge!

What I love about this is that it's not too much -- only about 300 square feet outside my covered patio -- so will be easy to keep up with. And I'm looking for a new chaise lounge (not one of those anti-gravity chairs) so I can relax on the patio and enjoy my little walled garden!