News photos of the day 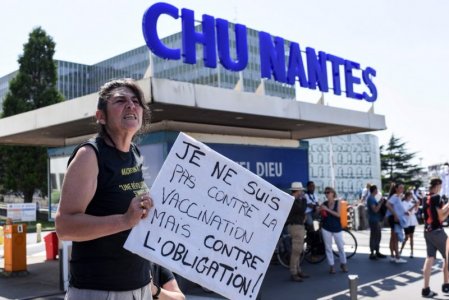 Nantes, France
A protester holds a placard reading ”I am not against vaccination but against obligation’ during a demonstration against new coronavirus safety measures, including a compulsory health pass called for by the French government. People gathered in several French cities to protest against the decision announced earlier in the week by the government, obliging health workers to get vaccinated and for citizens to bring in a vaccine health pass for most public places. Photograph: Sebastien Salom-Gomis/AFP/Getty Images 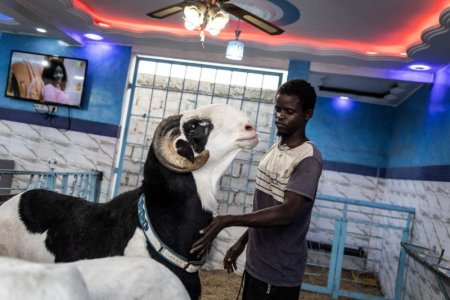 Dakar, Senegal
A herdsman caresses Cobra, a prize-winning sheep said to be worth $54,000 USD at the famous Touba Taif sheep farm. The most prosperous Senegalese often pay a small fortune to sacrifice a Ladoum ram on the Feast of the Sacrifice, Eid al-Adha. Photograph: John Wessels/AFP/Getty Images 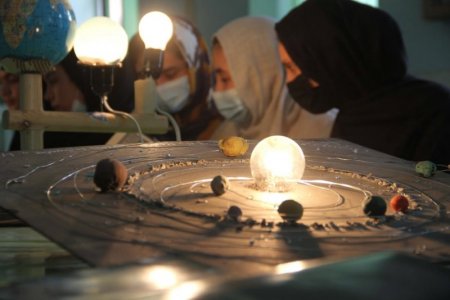 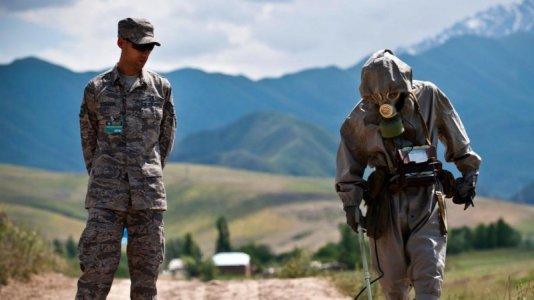 A Russian newspaper suggested that bases in Kyrgyzstan and Tajikistan has been offered to the US
ALAMY
Putin offers US his foreign bases to spy on Taliban
The Kremlin has unexpectedly offered Washington the use of its military bases in Central Asia to gather intelligence from Afghanistan. President Putin is said to have made the proposal during his summit meeting with President Biden in Geneva last month. The Kommersant newspaper cited sources to claim that Putin, 68, suggested that the United States military use bases in Kyrgyzstan and Tajikistan to collect information, including through drones flown across the border, on the security situation in Afghanistan. It is unclear whether any US troops would be stationed permanently at the bases. Source: The Times 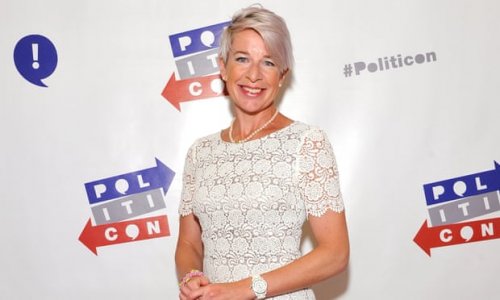 Katie Hopkins sent home
British far-right figure Katie Hopkins has been dumped as a cast member of Seven’s Big Brother VIP and will leave the country after breaching her contract, Guardian Australia can reveal. Hopkins, 46, broadcast a live video from a Sydney hotel room on Saturday morning, describing Covid-19 lockdowns as “the greatest hoax in human history” while joking about elaborate plans to breach quarantine rules. 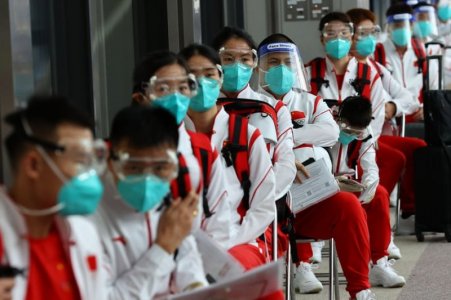 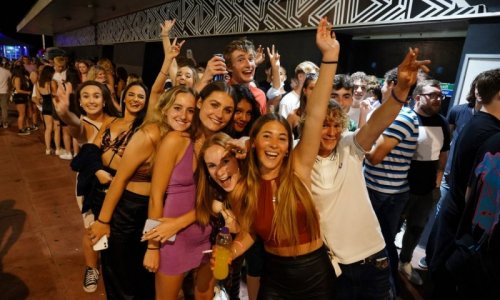 Clubbers queue around the block at a few minutes to midnight waiting for England’s Covid restrictions to be dropped and for Pryzm nightclub in Brighton to open. Photograph: Chris Eades/Getty Images 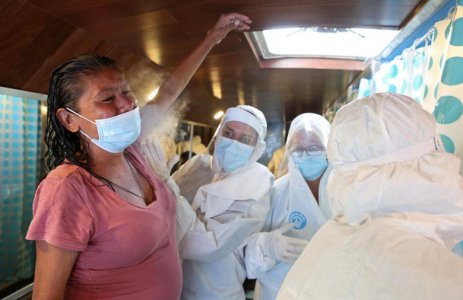 Volunteers apply deodorant to Tania Vega after she took a bath on a bus equipped with showers during a mass vaccination program for people living on the streets as the coronavirus pandemic continues in San Jose, Costa Rica, Reuters/Mavela Lopez 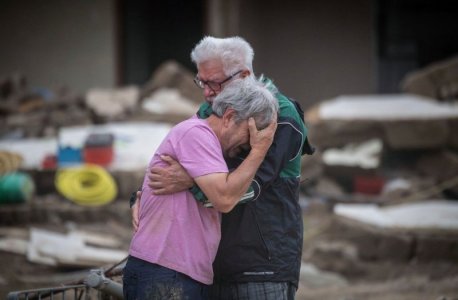 FLOODS DEVASTATION: Two brothers weep in each other's arms in front of their parents' home after it was destroyed by floods, in Altenahr, Germany. Numerous houses in the town were completely destroyed or severely damaged, and there have been numerous fatalities there. Photograph: Boris Roessler/dpa/AP 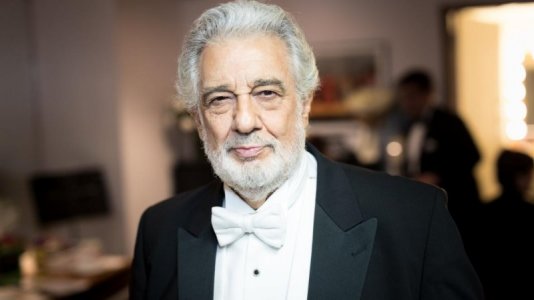 GREG DOHERTY/GETTY IMAGES
A provincial government in Spain has banned an orchestra from playing with Plácido Domingo at a festival in September over earlier allegations of sexual harassment. The Orchestra of Extremadura was scheduled to play with the Spanish opera singer in a headline concert for the Stone and Music festival in the Roman amphitheatre in Mérida on September 25 but the Extremadura government voted to forbid it after being accused of using public money to fund a performance by a sex pest. The tenor was alleged to have forcibly kissed and fondled women over a period 30 years. 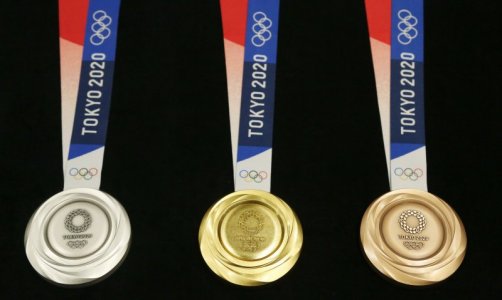 Olympic medals will arrive on a tray, leaving the winners to help themselves. 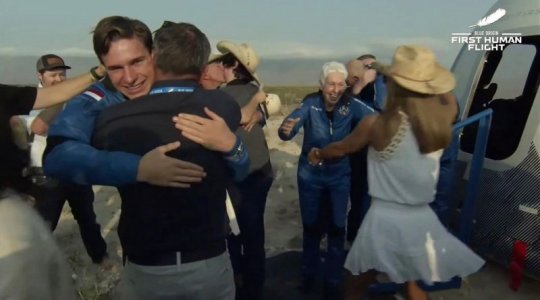 Oliver Daemen (L) and Wally Funk leave the capsule after Blue Origin New Shepard with Jeff Bezos, Mark Bezos, Funk and Daemen returned to earth from a trip to space. Lift-off was from the Launch Site One, in Texas, USA. Photograph: EPA/Blue Origin/Handout
J

News says Japan considering delaying or cancelling Olympics-don't think it will happen-too much money,too much politics,too much prestige to be lost. 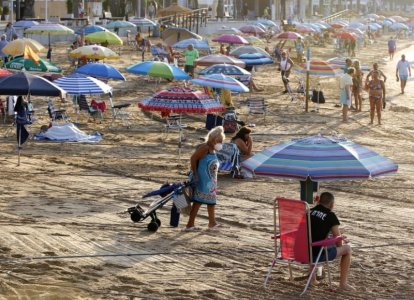 Torrevieja, Spain
A woman looks for a space on Cura beach which has been divided into sections to keep beachgoers at a safe distance from each other. Photograph: Pep Morell/EPA 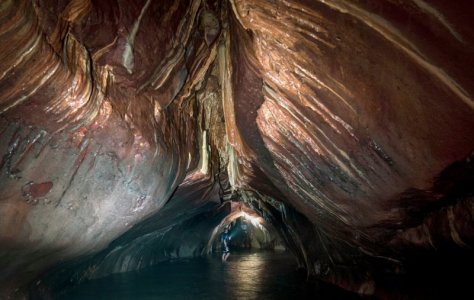 Arbroath, UK
Cameron Smith explores Moby’s Cave, which forms part of a network of caves under the Arbroath Cliffs on the Angus coast of Scotland 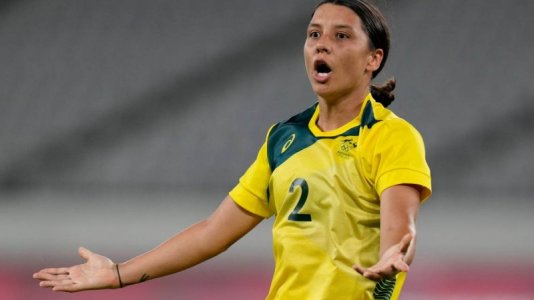 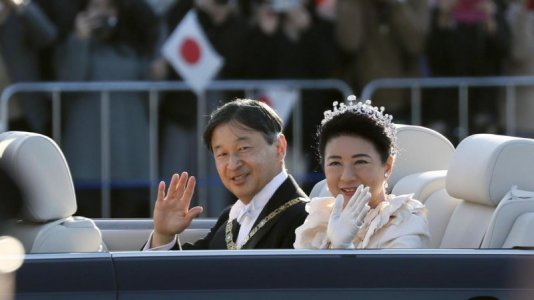 Emperor Naruhito, who acceded to the throne in 2019, is thought to be opposed to the Games. His wife, Masako, will not attend the opening ceremony
KIMIMASA MAYAMA/EPA

Emperor Naruhito has refused to use the word “celebration” when he opens the Tokyo Olympics on Friday, in the latest sign of his opposition to the decision to hold the Games during the pandemic. 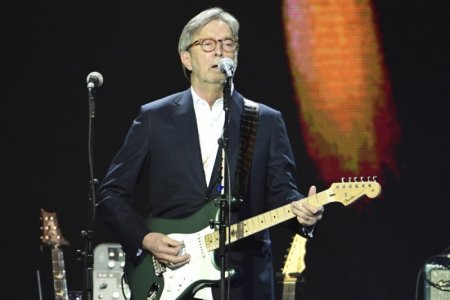 “I wish to say that I will not perform on any stage where there is a discriminated audience present," Clapton said.
Ian West/AP

Clapton issued his statement in response to Prime Minister Boris Johnson’s announcement on Monday, July 19th, that vaccine passes would be required to enter nightclubs and venues. 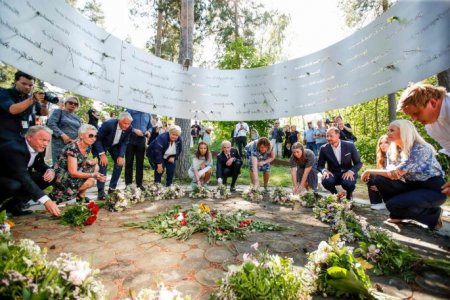 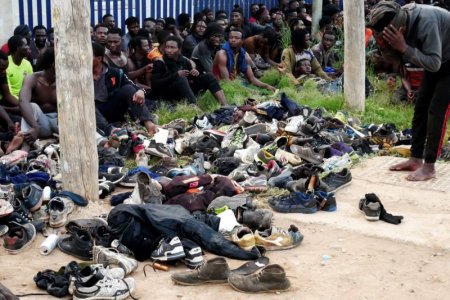 Melilla, Spain
Around 300 migrants rest after reaching Spain by jumping the border fence with Morocco in Melilla, a Spanish enclave in northern Africa. Photograph: Paqui Sanchez/EPA 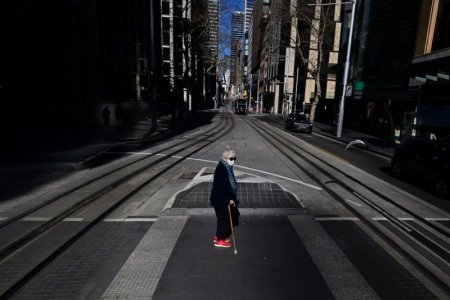 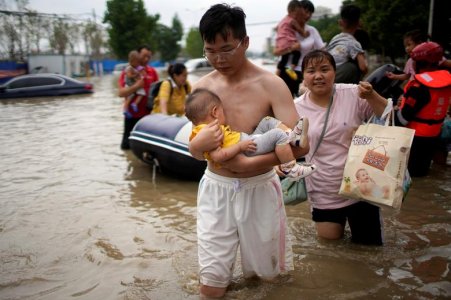 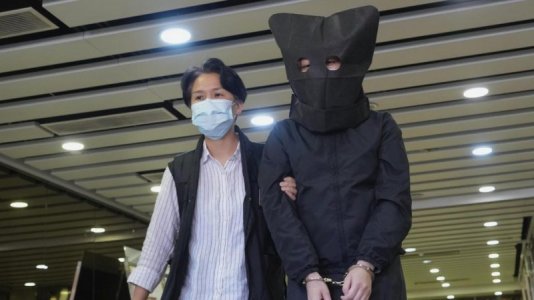 One of the five speech therapists, who were hooded and led away as police searched for evidence at an office in Hong Kong
VINCENT YU/AP

Five speech therapists in hoods and handcuffs were led away by security police in Hong Kong yesterday for distributing “seditious” children’s books that depict China as a malevolent wolf. 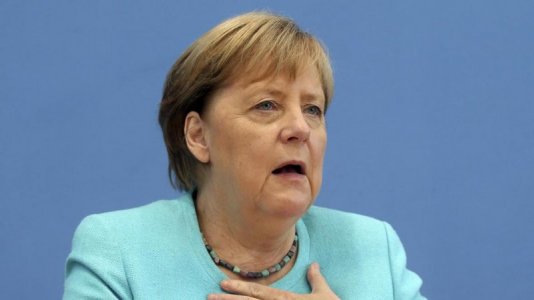 Angela Merkel has warned that Covid variants are increasing infection rates with a “worrying momentum” and that Germany is unlikely to return to normality without a rise in vaccinations. 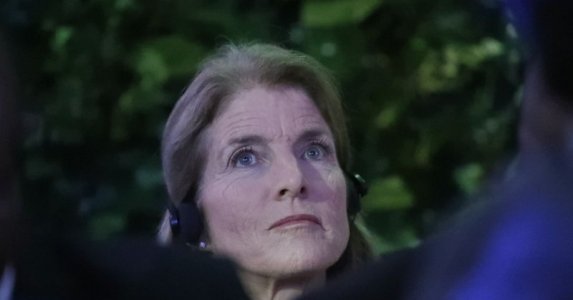