The thing is (my opinion on stuff as I think about it, some heavy, some light) 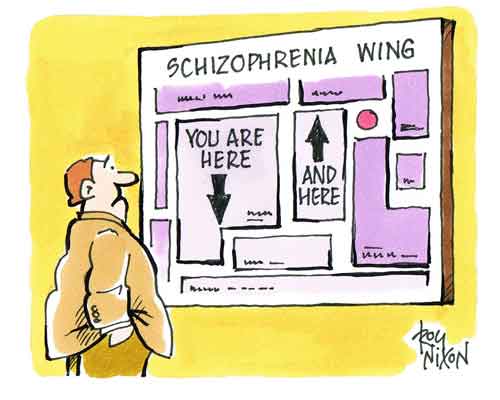 It’s so so very easy for me to mix it up
Growing up, it was fun
Youth has these challenges
I met most face on

A verbal skirmish is just a weak compromise
But it’s the same thing, really

Heh, even got paid to do that
Thought I got good at it
Pride is such a disguised enabler

Get old enough, you come to some determinations, some real values, seems

People, any, are of immeasurable value
Maybe they don’t even know it
Don’t matter
I know it

Sometimes I revert to my old ways
It disgusts me
I don’t hate myself for it
I just get sickened, low in spirit, then angry
Butchering wood helps
Then I swear, never again
When ‘again’ happens, I do more swearing, in earnest

I am very sorry to have brought myself so low to have verbally skirmished with anyone here, including Ric…known here as Traveler
Nobody needs that, nobody, not in this day
There’s plenty of travail to circle the globe all by itself without my assistance 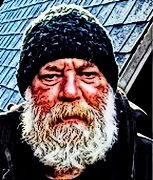 This needs to be me
I like that me; 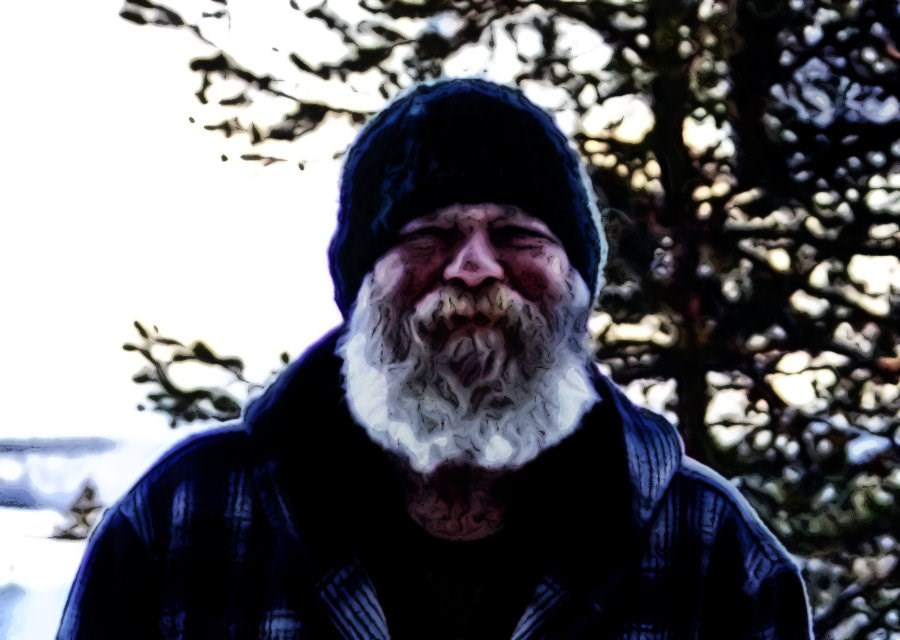 Those of whom I’ve hurt here, in any way…please forgive me
You don't have to tell me, just do it in yer heart 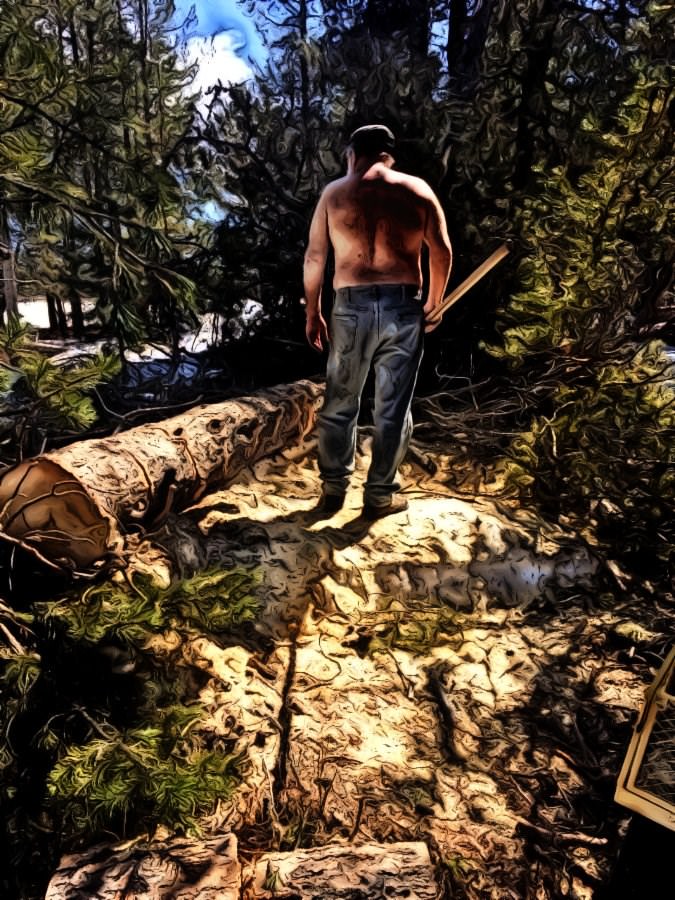 What’s left…. in this life

Whenever it happened, I can’t put a finger on, but, not long back, I came to a conclusion.

I’ll not learn much more in this life.
It’s time to savor what I have learned, and maybe share.

A thirty something lad down the path has a gift.
He’s a mental sponge
Hands that keep pace with is mind
I never had that

Thing is, he’s a bit smug about it
Not obnoxious
But
That smugness is there

I so want to tell him, let him know….use the gift you’ve been given…enjoy it…..but be a bit humble about it.
Don’t conjure humility
Come to know why
It’ll happen

I will share this over coffee with him tomorrow


What he does with it, I hope to see…in this life 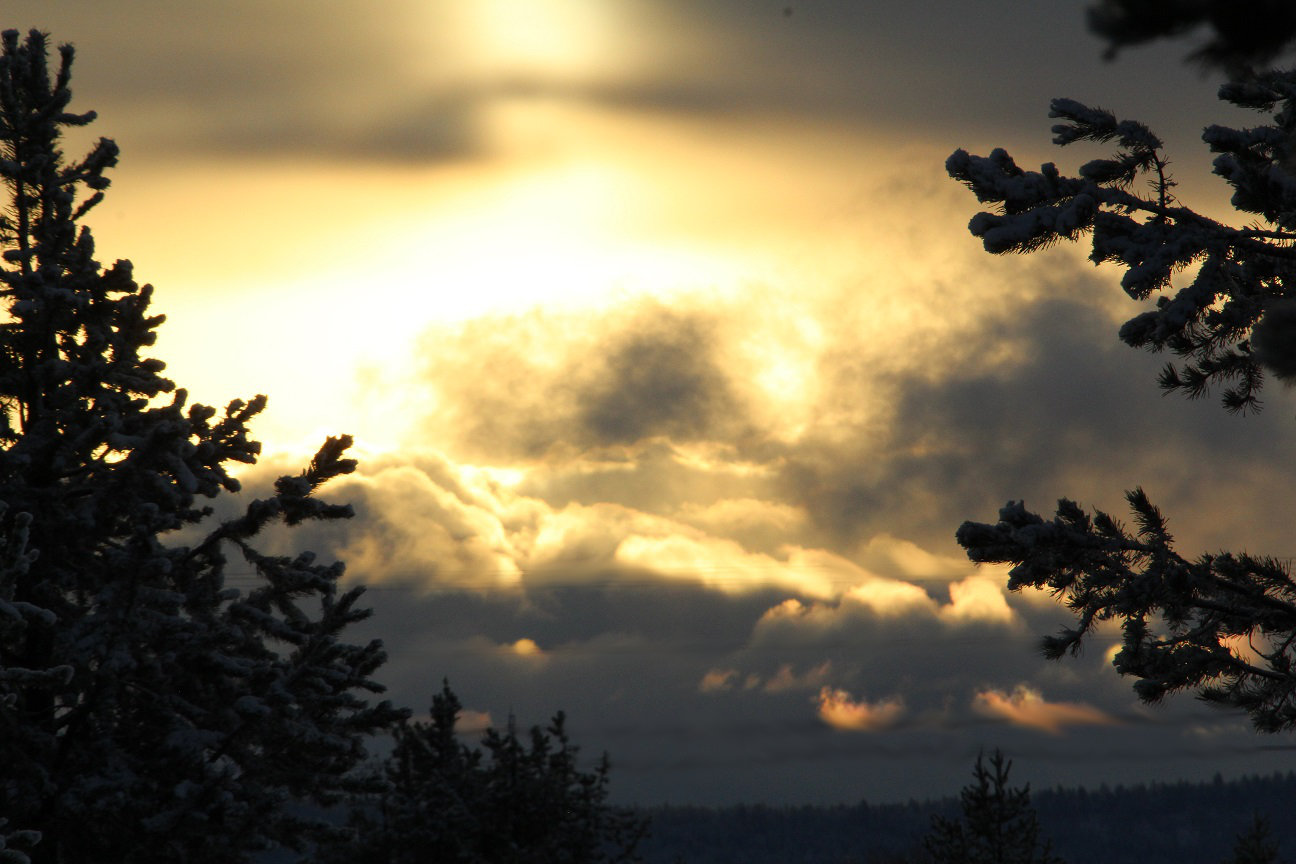 Gary...just to make you smile this morning.... 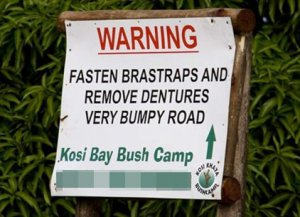 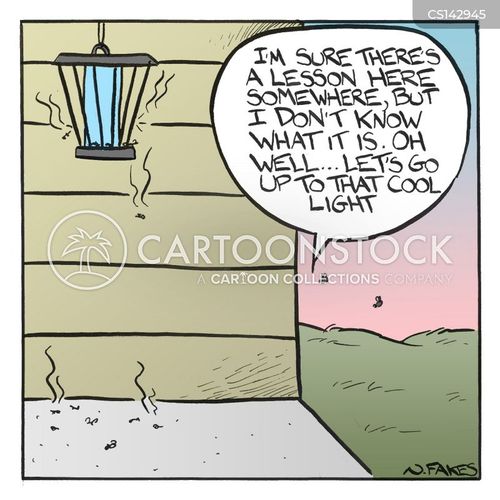 Whenever it happened, I can’t put a finger on, but, not long back, I came to a conclusion.

I’ll not learn much more in this life.
It’s time to savor what I have learned, and maybe share.

A thirty something lad down the path has a gift.
He’s a mental sponge
Hands that keep pace with is mind
I never had that

Thing is, he’s a bit smug about it
Not obnoxious
But
That smugness is there

I so want to tell him, let him know….use the gift you’ve been given…enjoy it…..but be a bit humble about it.
Don’t conjure humility
Come to know why
It’ll happen

I will share this over coffee with him tomorrow


What he does with it, I hope to see…in this life
Click to expand...

Meanderer said:
...it's an up hill journey!

apparently, we are all moths

♪To All the burls I’ve Loved before ♪

It’s a fun little challenge for me

Of late, strolling thru the woods, I see things

It even happens in town
Like getting my favorite coffee

This is how I feel after that first sip 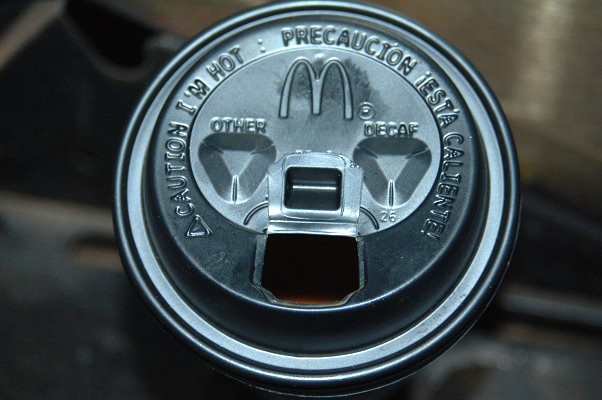 In the woods, it’s not so obvious, but to me, it’s there

These are things I see while peeing;

Cat’s face squeezing out of a tree 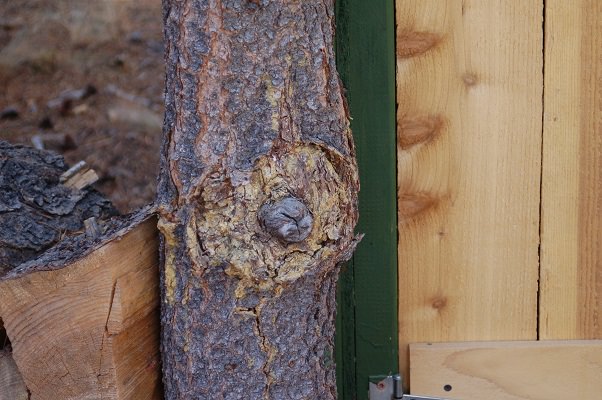 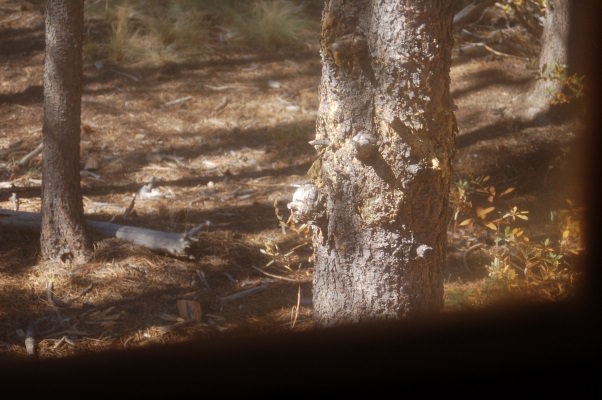 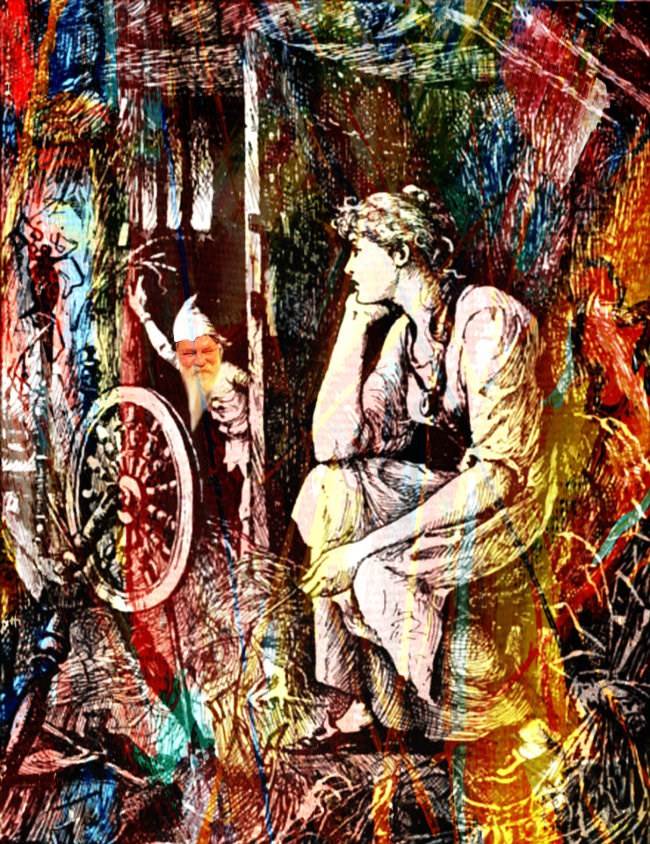 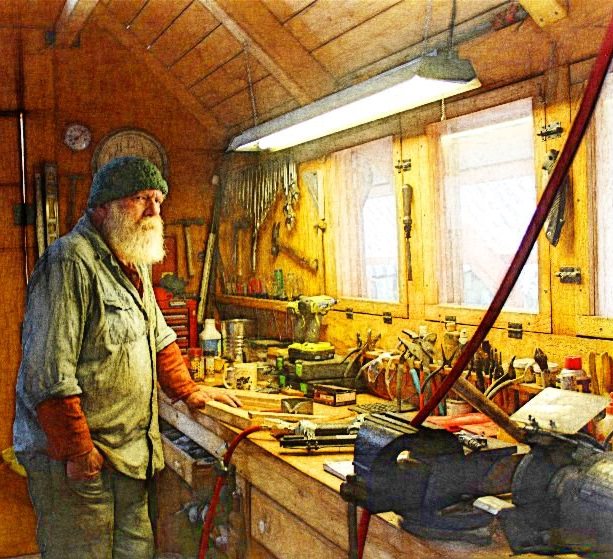 Funny, seems everbody I’ve run in to, that has an upcoming scuffle looming, has an in with a biker gang.
As if all they need to do is drop a dime and here they all come, roaring up, asking where they can beat on someone.
Geez, that gets old

In jail, there’s always mention of an old one armed guy that can roll a cigarette better than factory made.
That guy musta been a career criminal, ‘cause he really got around.
It’s interesting confab, though…the first couple times.

All I do is write about ever day folk, they seem waaaay more interesting than some hoary biker dude, or even a talented transradial amputee.

S’pose I could….but I won’t…ever 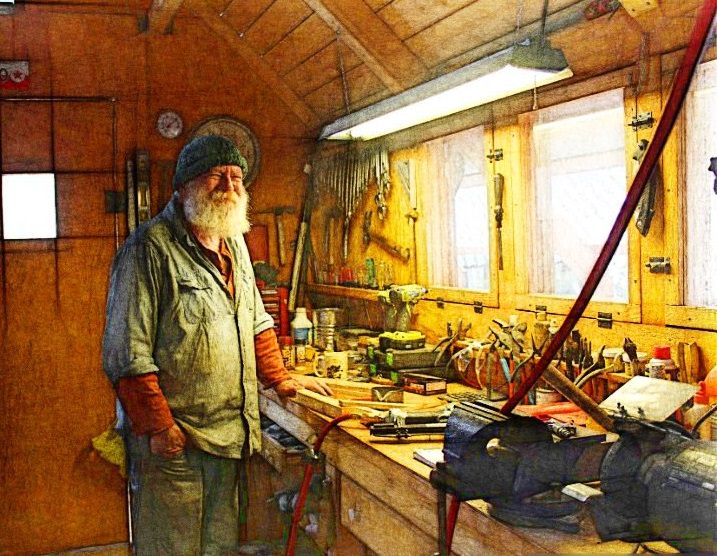 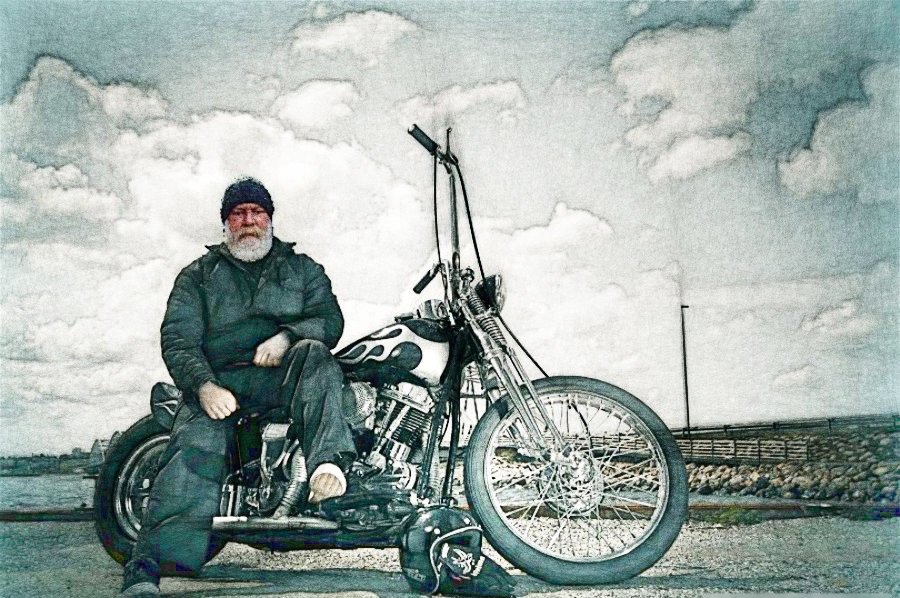 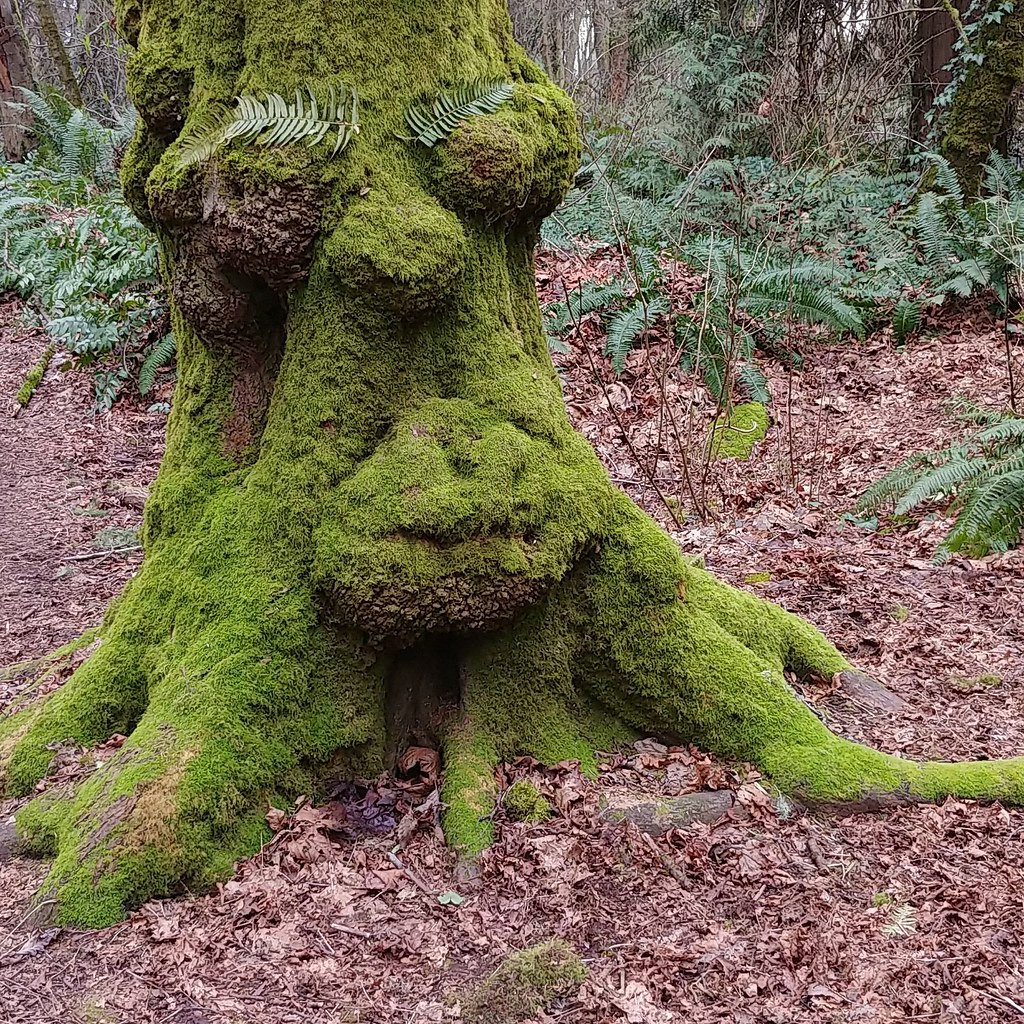 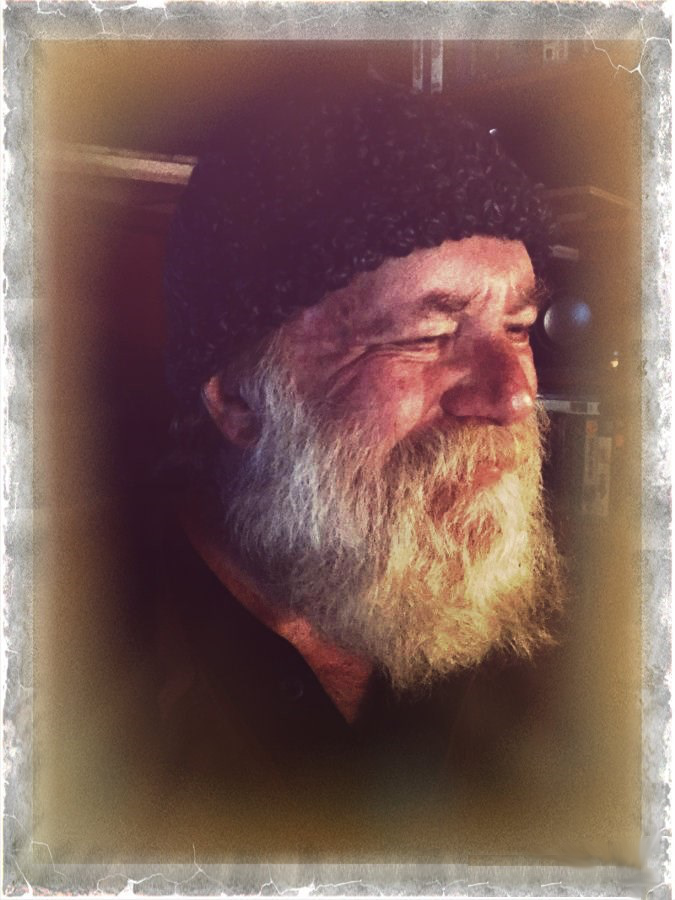 Life is too short

Actually, it’s too long if doing without

Not going anywhere to some shindig
No, just the daily events that happen right by me, right out the door, or even just in the heart

Yet, I missed them

Too busy with the camera

And I just watched
Didn’t run to the camera, fiddling with settings

I’m gonna do more of that

Not gonna do without

Life, long or short... is just too good to miss 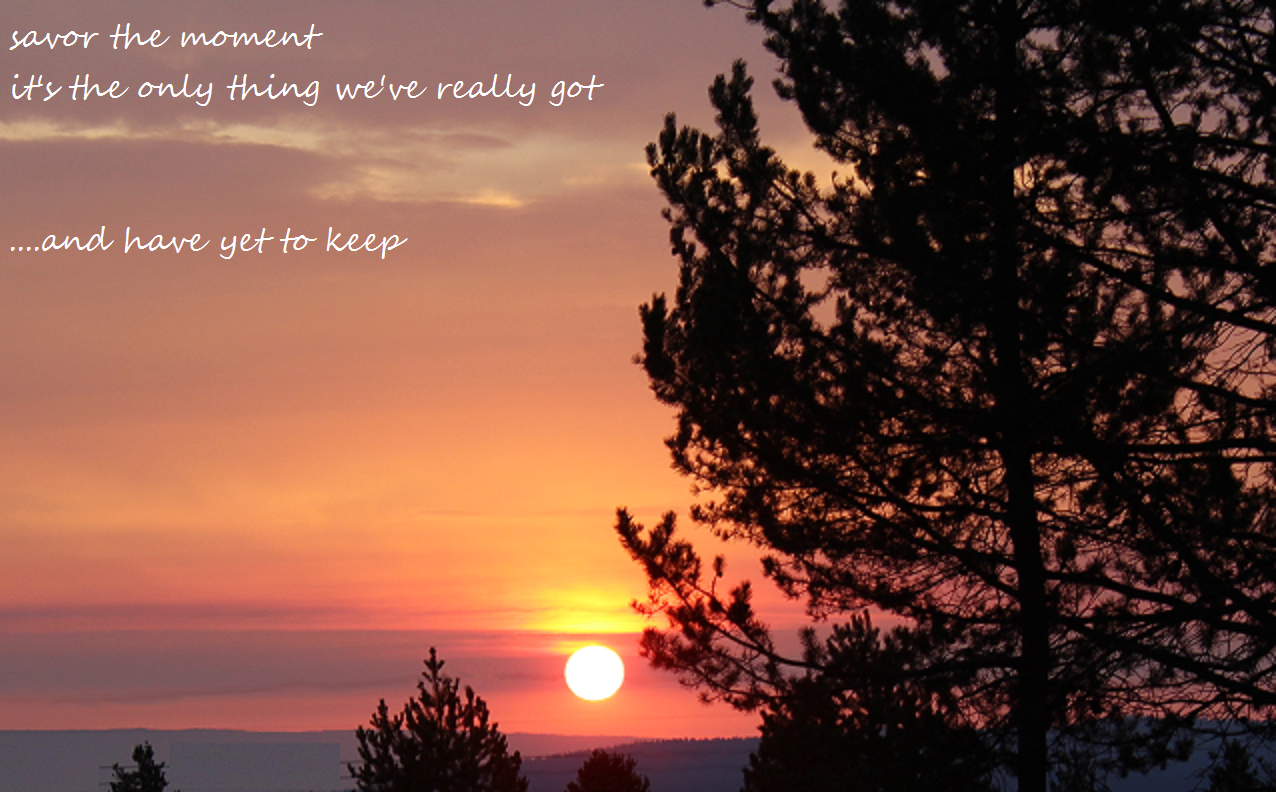 I can so relate Gary, spent time over the past years fiddling with my camera when I could have cherished the moment of a grizzly glistening in the sun or other awesome nature views. Now, if it's convenient I'll go for it, if not...I just soak it in. :sentimental:

A thread on friends got me to thinking

I’ve got thousands of acquaintances

They are nice, very nice

Nothing heavy, just a luxury, a delight, a sometimes shared commonality
And fill many a void on this often stoic planet

But what is a friend?

What is a true friend?

How many have I really got of those?

Guess I’ve been just as guilty as anyone, the way I flagrantly use that term

A friend is already a true friend
They become friends thru fire and ice, so ‘true’ becomes a given,
just an extra word for what already is

Because anyone else will be a tad uncomfortable and too conscious of self, and even you,
wherever you may be

…and will never opt to be in that ditch


Whereas a friend will shovel right alongside
Oh, he may flick a bit on you, and remark that you obviously can’t shovel shit with a shit shovel, but there he’ll be, laughing as hard as you, reveling in what others cannot imagine

Because a friend will be there, has been there, will continue to be….there, no matter where

A friend is of more value than fine gold
More a rare amalgam of steel and grit, as one only becomes a friend from trials by fire
Not just show

As far as how many?

One can have too many, it seems

Not everbody can be ‘there’
It’d get crowded 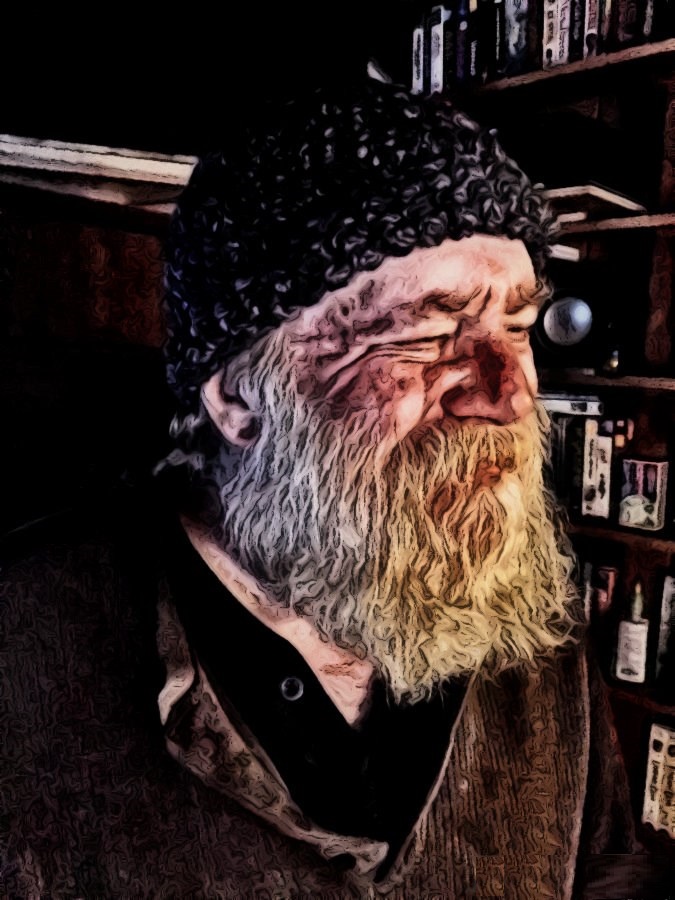 a version of it will be there (gotta consider the defamation thing)...... my 'friend'

That book has become a multi-headed monster

Gary O' said:
I have one

It never hurts to have a spare. layful:nthego: 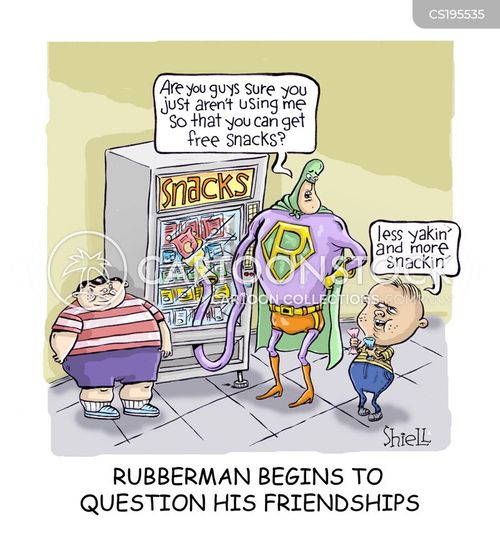 There was a girl

Her blindness caused her to hate most everything and everyone

He asked her to marry him

She said she would, but couldn’t bring herself to that

Because of her blindness

Not long after, someone donated a pair of eyes to her

The first thing she did, was rush to her boyfriend

And, looked in his face

His eyes were closed

She hadn’t realized he too was blind

He asked her again to marry him

His blindness reminded her too much of her past malady

They went their separate ways

Later in life, she found out it was his eyes that were donated

I have learned that folks, all folks, are lessons, living lessons

We oftentimes learn those lessons

But only when we see through their eyes

The gift of the blind Magi, by O'Gary?

maggiemae said:
Gary, I don't think you have to be physically in a church to appreciate God's creations or have a conversation with him. I grew up in a small Southern town where the Church was almost in our backyard and the parsonage was next door. I realized as a young girl that there were people in the church every Sunday that did not practice what was preached after they left the doors. Me too Maggie!! Nothing wrong with church and I love the Episcopal faith. When I was a child my mother took us to different churches until she settled on the Southern Baptist folks. She was upset when I preferred the Episcopal faith and my sister the Catholic faith. She was happy with hers and I am happy with mine. Still have close friends of all faiths and feel blessed to have them. We respect each others beliefs and don't think any one of them is better than the others. When I visit my sister in La. I go with them to their Catholic church and love it. She does the same when here with me. When my mom was alive we went with her to her church and loved the fellowship she had with her group. I don't go as much now as I used to but still follow the lessons etc online as St Thomas has online services when physically I don't go. To each his own.
Click to expand...

But it raises it's ugly head from time to time

But when one gets a sneering challenge of credence from what you state, and it's completely based on ignorance...it irks the hell outa me

I don't feel any better after writing this

I think I'll lift some weights 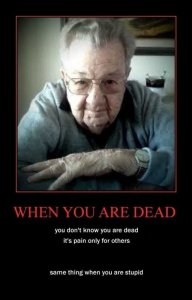 I've been rather stoic most my life

There's been times I wanted to cry...jus' couldn't muster up anything

I think I've missed out

Not terribly long ago I had a good one

Seems it's much like washing a load of clothes
The rinse cycle, rinsing out all the dreck outa one's soul

Kinda gives one a mental/spiritual freshness

Think I saw Dad go thru this
He never cried any, ever...until his 80s

Can't wait 'til the spin cycle