Are you a dog person, or a cat person?

Love both but living in the city have stuck to cats. I like really big dogs and having a career didn't mesh with the care, maintenance and training needed for a large dog! Cats were easier.

Decided to give up pets as we got closer to retirement. We wanted to travel, and it made no sense to have pets. Don't regret it, friends and neighbors have pets if I want to enjoy them.
S

Dog person,, grew up on a farm,, farm cats were always around.
My mother had few house cats after her carnies passed away.
An aunt had a Chow dog that she couldn't keep in town.
After it came stray dogs that became ours.

After hubby & I got married, we got a Boston Terrier,
That breed has been our choice of dog all our married life.

I'm a dog person and always have been crazy about dogs.

I love animals but I can't be around cats due to severe allergy. I love dogs, especially the small ones I can play rough and tumble.
E

Never had a cat, never will. Now, dogs... that is a different story... I used to have one dog, but I find that having two dogs makes us more of a pack....

In my childhood years......always had a cat......continued with cats for many years......have always had 2 together.
Got our, my first Sheltie, Jassie, in 1990, at the same time we also had 2 cats.
Had to say goodbye to Jassie 13 1/2 years later.
From there we got an adult Sheltie, Tory from BC, came on the plane all by himself, that was in August.......and 2 months later we got a Sheltie, puppy, Tia from Winnipeg. We always said the next time we would get two after we lost Jassie, was good for them.
Still had two cats, which were house cats only, when they passed, i decided i was done with cats, i like them, just had our share.
So after the cats passed, made the decision, next would be a little girl dog........that's when Shaalee a Bichon/Shitszu entered our family.
She was so tiny.......great little dog, got only to 10 lbs, she didn't spend the time outside the other ones did.
We still had cats outside, but they were strays, they were good hunters.
My life is complete with my three dogs now.......Micki...Shaalee...Noah.

I guess i consider myself a dog person.

Tho I don't dislike cats, I am a HUGE dog person. I like big dogs and I've had many over the years. Once I had 7 Labrador retrievers all at once -- too many dogs, for sure, but I loved every one of them. They were all very well behaved house dogs, but sometimes it was hard to find a place walk without stepping on one of them. I ended up with so many because people knew I was a sucker for big black dogs and would bring them to me -- "If you can't take her, I'll have to put her in the pound and you know what they'll do . . . ." or "He's an old black dog and nobody will want him."

I've had lab mixes, flat coat retrievers, pit bulls and now Henry, a big beautiful brown dog whose breed mix mystifies even my vet. He is quite the sweetheart and much loved and now spoiled.

Lived with both for decades and love both. Actually I get along great with animals, including a moose that dropped in for coffee. He was too late. A bear that wanted some BBQ and got upset when there was none.
Have to say, people are my problem mostly....

I’m neither really, especially not cats !!
We never had a dog growing up, plus mum was scared of dogs, so she passed that fear onto us..
But when I gave up work to move to a different county, hubby bought me a pup Golden retriever 7 weeks old.......my companion while he worked overseas......
She was just beautiful , we had her for 15yrs and she’s been gone now for 12 yrs and I still miss her......I never knew what the pain of losing ..an animal would be like.....never again.....

Lethe200 said:
Decided to give up pets as we got closer to retirement. We wanted to travel, and it made no sense to have pets. Don't regret it, friends and neighbors have pets if I want to enjoy them.
Click to expand...

We are defiantly DOG people.... As a kid we had a few cats, Grandmother had a few that always attacked us .... always walking on the furniture and tables... after digging in their litterbox... HELL NO.... not in my house. We have a couple feral cats here.... Have trapped, fixed and turned loose.

I like most animals if they have a complaisant disposition but for personal pets I'm strictly a large dog (80-150 lbs) person.

moviequeen1 said:
My close friends Marcia&Dave,their family dog which belongs to their son Dave,Jr 'Aker' aka my 'buddy boy' is a pharoh hound
Click to expand...

Wow-a Pharoh Hound. I don`t think I have ever known anyone who actually owned a Pharoh Hound. Have seen them at dog shows but that`s it.Two of my sisters and my niece (and now my grandniece) are hound people and I don`t think they even have much experience with them.I`ll have to ask. 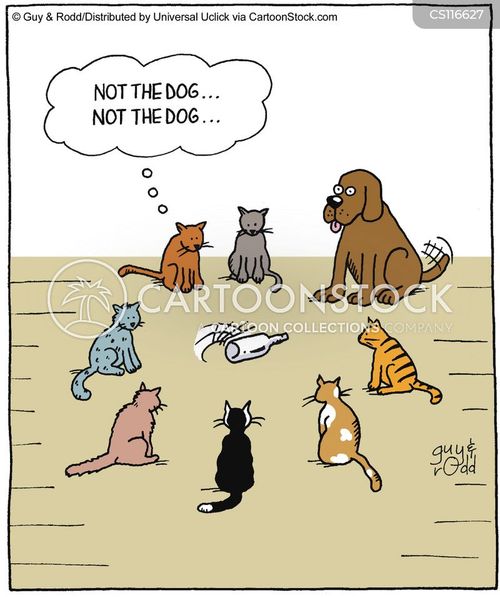 Cats here. I love all animals. I've never had a dog in my adult life. I don't know if the cats would allow it. 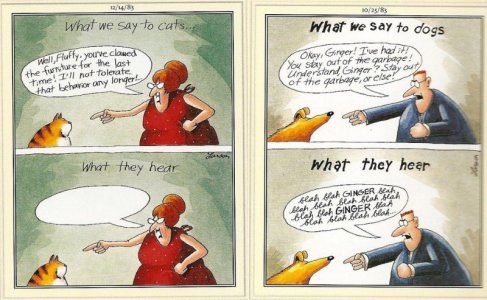 Definitely a dog person. I had two female dogs that I named after my aunts, Gladys and Janet.

Why be like everyone else? I'm a fish person, saltwater fish. 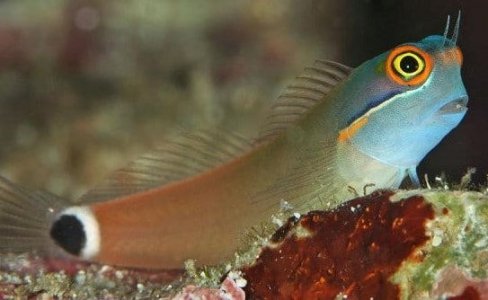 I can watch them for hours.
W

was a dog person, BIG breed dog person, for most of my life. not just big dogs but "bad" dogs... JOKING! dobie & rotties. lost last dog VERY suddenly and unexpectedly. it was obvious that another BIG dog was not gonna be in my future. when i was ready for another dog, started at local animal shelter. soon found out that smallish/young dogs were quickly adopted. took a peek in the "cat room" and this little arm came out thru the bars... i was hooked.

thought she was all black with one tan paw, but time told a different story.